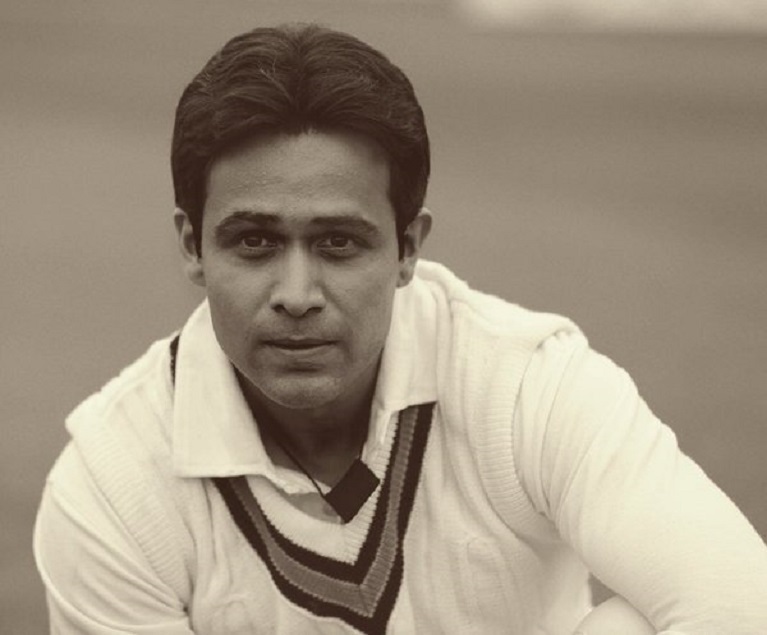 Emraan Hashmi decided to surprise Azharuddin on his birthday today by releasing an almost identical look of his from the film as Azhar. 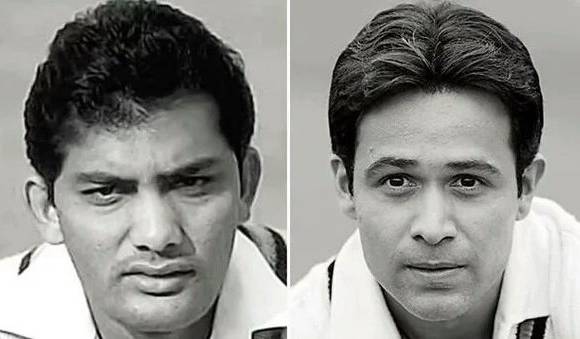 The actor specially shot this photograph inspired from Azhar's early days when he made his debut as a test cricketer in the eighties as a gesture of saying 'Thank You' for all the mentoring Azhar has done and for all that he got to learn from one of India's most loved cricket captains who also ended up becoming the country's most controversial sportsman.
The actor tweeted, "Happy 53rd Birthday @mpazhar. Here is my birthday present. Me as you in #Azhar! #HappyBirthdayAzhar @AzharTheFilm 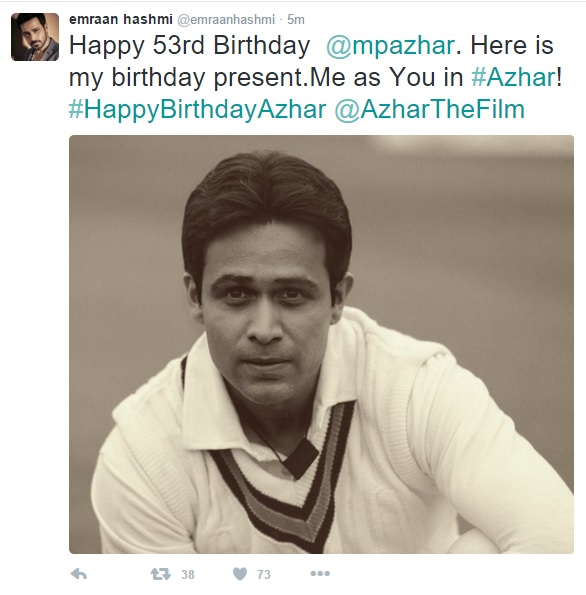 Azhar is based on the life and times of former Indian cricket captain Mohammad Azharuddin. The film chronicles his tremendous highs and his tumultuous lows and is already one of the most eagerly awaited films of 2016. The film will narrate the highs and lows of Azharuddin's life as the captain of the Indian cricket team for most of the 1990s and being tainted by a match-fixing scandal in 2000, and getting banned for life.

After the debacle of his last film Hamari Adhuri Kahani, we hope Azhar helps Emraan revive his image in Bollywood. Sony Pictures Networks & Balaji Motion Pictures' Azhar is scheduled to release on 13th May 2016.