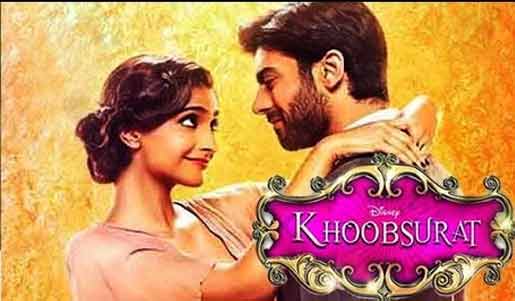 It is disheartening to see the prevalent disrespect of women, who are no less equal to men and also play a key role in their achievements, and hence all must pledge to honour and esteem women as much as their country, say actors Sonam Kapoor and Fawad Khan, who will soon be seen together in film "Khoobsurat(2014)".

The duo was here to be the part of Sangam, a corporate social responsibility (CSR) initiative by brand Arise India Ltd to safeguard the future of the girl child.

Pakistani actor Fawad, who is making his debut in Bollywood with "Khoobsurat(2014)", says a woman plays an important role in men's successes and thereby it is important to give her due credit.

"Women not only play a professional role wonderfully well but I think she is the creator of everything that happens in men's life too. Whatever accomplishments men achieve is because of women and I think no one can match her strength and courage," he said while launching the mascot of Sangam with Sonam.

The Bollywood fashion queen too holds strong views about the status of women.

"We are happy to support the cause because 'Khoobsurat' here stands for all the khoobsurat (beautiful) girls. We don't respect women and girls and it's sad especially when we call India 'Mother India'. I think girls are equal to men, and I think even better, so it is time that one should start respecting women like the way they respect the country," said Sonam.

Hosted at Siri Fort Auditorium here, the event started with a traditional lamp lighting ceremony followed by 'Ganesh Vandana', a dance performance by children from orphanages. This was followed by the digital introduction of 'Cheeya' - a little girl who is the designated mascot of Sangam.

An audio-visual presentation on the practice of female foeticide was also presented.

The event also saw the first-ever 'Putri Ratnakar award' presented to couples who took upon themselves to raise and nurture a daughter. Also, a dance competition between kids from various homes and ashrams was organized and saw many participants winning hearts of the gathering.

Although a serious occasion, the atmosphere of the evening was constantly made humorous by rib-tickling anecdotes by comedians Surinder Sharma, Pratap Fauzdar and Anamika Amber.