View Profile
Time and time again, Imran Khan has proven what a golden heart he possess via small bu 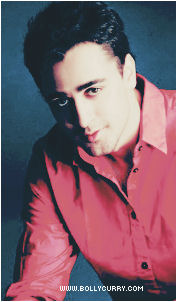 t super sweet gestures...and we can't help relaying them to his numerous fans out there!
The heartthrob of many is now making news for taking out his time to meet three of his Thai fans, despite a packed shooting schedule!
According to sources, three girls flew down to Mumbai from Bangkok, Thailand specially to meet Imran and the actor was so impressed he just had to meet them! Imran was heard saying he was surprised that they were travelling all the way to meet him and though he was shooting, he wanted to make sure that he could spend time with them.
Apparently, the girls are regulars on a fan-site Imran has personally approved and quickly got in touch with the website's administrator so they could meet their fav celeb. Imran, who is comfortable with the net, loyally reads all his fan-mail, so much so that he even takes a personal interest in overlooking the design and layout of his fan-site.
Like true fans, the girls - Lavina, Bhavna and Priya - did not visit their idol empty handed. They gifted Imran three different flavors of chocolates, as he loves these, and one of them even gave him a novel that she recently had published.
In an age where fans are not shown enough courtesy and respect, it was sweet of Imran to give so much importance to his fans. We're impressed!