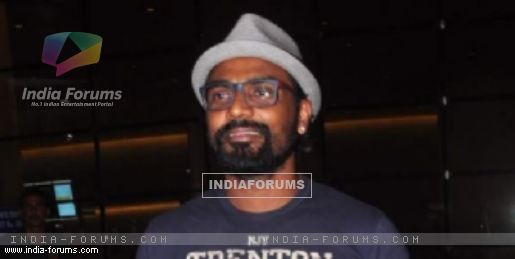 Choreographer-filmmaker Remo Dsouza, who is anxiously awaiting the release of his forthcoming dance film "ABCD 2", didn't allow non-vegetarian food and shoes on the set while shooting for the song "Hey ganaraya".

While shooting for the special Ganapati song, Remo's team of Dharmesh, Puneet, Raghav and Praveen along with actors Varun Dhawan and Shraddha Kapoor were working on a complicated dance sequence.

When they weren't getting the moves right, Remo quipped that perhaps it was so because he ate non-vegetarian food and returned to dance for Ganapati.

This seemed to stay on his mind and Remo decided to shoot other scenes and postponed the Ganapati dance for later. The next day everyone was instructed not to eat non-vegetarian food during the Ganapati dance and the team readily agreed.

"This song is one that is close to all our hearts and it brings out a lot of emotions in each dancer. During the shoot, to keep the sanctity of our devotion, I felt it was best not to serve non-vegetarian food on the sets. My team welcomed the decision. Additionally, we also asked the troupes to remove their shoes on the set during this shoot of the song," the director said in a statement.

"ABCD 2" is a sequel to "ABCD - AnyBody Can Dance", which is releasing on June 19. The film also stars Prabhudheva and Lauren Gottlieb.