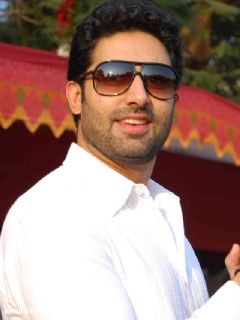 Abhishek Bachchan is gearing up for the release of his new film 'Players', an official remake of Hollywood film 'Italian Job', and the actor feels that remakes are more of a creative choice than just a trend.

'Players' is the official remake of 'Italian Job'. The story of players is the same, but the screenplay is completely different because you have to make it for the Indian audience,' Abhishek said.

'I don't think there is any trend. We make a thousand films a year and, out of this, may be four or five are remakes. I think it is more of a creative choice than following a trend. When Abbas-Mustan saw 'Italian job', they felt they want to make this for the Indian audience,' he added.

Nowadays, social networking sites are becoming a prominent platform for actors and filmmakers for promoting their films, but Abhishek doesn't seem to be in favour of it.

'Social networking isn't just for promotions. It is a platform to exchange ideas and interact with our fans... A little bit of promotion is fine but I don't think promoting the whole film is advisable,' said the actor.