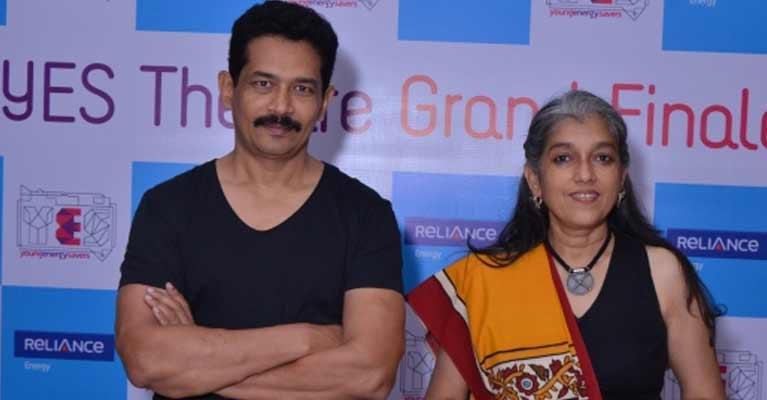 The finale was held at National College, with top 8 schools performing skits on conserving energy in the presence of renowned theatre and film personalities Ratna Pathak Shah and Atul Kulkarni who also judged the performances.

YES initiative, promoted by Reliance Energy in order to inculcate the habit of using power judicially and contribute in reducing carbon footprints, has now entered into its sixth year.   This year YES has come up with innovative ideas to educate the School kids on the crucially complex but very important subject in much interesting ways. A skit performance by the School Kids was one such initiative. In all, 14 Schools from Suburban Mumbai participated in the contest; out of which, 8 schools were selected to perform in the finale of the contest.

Speaking on the occasion, Spokesperson for Reliance Infrastructure Ltd. said, "It's a pleasure seeing YES undertaking such initiatives successfully. Inculcating energy conservation awareness and habits amongst children and their families is a matter of pride for us. YES plans to extend its reach to other cities across India, to serve the purpose of energy conservation on a larger scale."

Commenting on her association with Rinfra, actress Ratna Pathak Shah commented, "I would like to congratulate everyone including Reliance Energy to have created such an opportunity for a good cause. I hope that the message through this initiative is widely conveyed. I urge the children to perform these skits in neighbouring schools and your own houses, so the importance of energy conservation is spread through word of mouth, because it can have a very positive effect among people."

Commenting on his association with Rinfra, actor Atul Kulkarni commented, "Heartiest congratulations to Reliance Energy for undertaking such a great initiative. Sometimes it is important that the messages through such skits go above and beyond a stage performance, into the houses. And this is exactly the effect these theatre acts have. I am glad to be associated with such a programme and it was a great experience."

hop you have a wonderful day on your spcl day!

+ 2
9 years ago Enjoy your day and Happy Birthday, Waiting to watch ur funny role in Dhoom 3