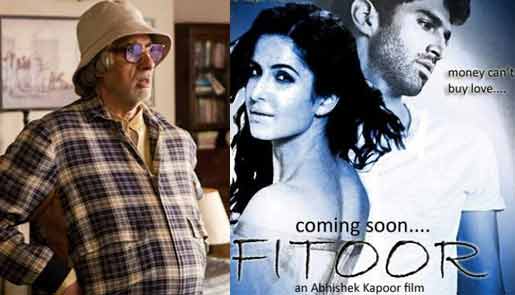 Amitabh Bachchan-starrer "Piku" is set for a May release and "Rock On!!" fame director Abhishek Kapoor's next, "Fitoor", will be out during next year's Valentine's week.

The film, directed by Shoojit Sircar, was set to hit the screens April 30 but the release date has been moved to May.

UTV Motion Pictures, on the other hand, will release "Fitoor" on February 12, 2016, a statement said.

The film has a fresh pairing of Aditya Roy Kapur and Katrina Kaif, and also stars Rekha and Lara Dutta.