New Delhi, Sep 9 Bollywood remained low-key as southern movies took away the lion's share of awards at the 58th National Film Awards ceremony, where singers like Rekha Bhardwaj and Suresh Wadekar enthralled the audience with their award-winning numbers, here Friday. 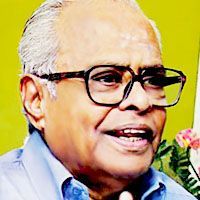 Veteran Tamil filmmaker K. Balachander, director of hits like 'Ek Duuje Ke Liye' and Sindhu Bhairavi', was the cynosure of all eyes as he came to accept the prestigious Dadasaheb Phalke Award for his outstanding contribution to the growth and development of Indian cinema.

President Pratibha Patil who gave away the awards, appreciatively noted that regional cinema is coming of age and being recognised.

'We have rich and varied cultural heritage which provides significant base of telling the world the stories of India. This year, regional cinema seems to have taken maximum share of these awards and a large number of films are being made with new directors, which is an encouraging trend,' the President said while addressing the gathering at the awards ceremony.

In total, Tamil movies got 14 awards, Malayalam films got six national awards, with maximum honours for 'Adaminte Makan Abu', which was also named the best feature film of 2010.

Tamil movie 'Aadukalam' walked away with the award in six top categories.

In 2010, the gala witnessed Bollywood dignitaries in plenty, along with the Bachchan clan - Amitabh Jaya, Abhishek, Aishwarya and Shweta. But this time, there were very few actors and filmmakers from the Hindi film industry.

Director-composer Vishal Bharadwaj accepted the honour for best music direction for 'Ishqiya', and his wife Rekha, received the best female playback singer award for the song 'Badi sheere jali' from the same film.

Actors Zarina Wahab and Deepti Naval too were spotted at the event, which was hosted by Bollywood actors Rajat Kapoor and Mahie Gill.

Producer Arindam Chaudhuri came dressed in a navy blue, velvet attire to accept the award for best Hindi film for Rishi and Neetu Kapoor-starrer 'Do Dooni Char'. The movie's director, Habib Faisal, too was present.

Delnaaz Irani speaks about entering Choti Sarrdarrni, her ...
43 minutes ago