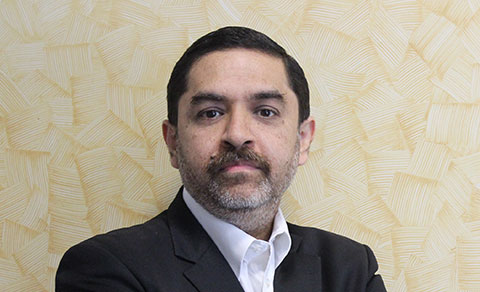 The OTT ecosystem continues to grow in India with every passing day. With the arrival of international players like Netflix and Amazon Prime, the ballgame has become tougher. The internet audience is mobile based and has novel content working for them. India is still evolving with content formation, understanding its audiences and monetizing the business.

Digital space has brought in a completely new wave in the kind of content being made, with the expansion now touching new verticals in the form of regional web shows.

One platform to have initiated and taken it forward it is Sony Entertainment's online platform SonyLiv. It rolled out its first Marathi web series YOLO' earlier this year and has now come up with Gujarati Web Series, 'Kacho Papad Pakko Papad', a comedy family drama.

Also, with web programming, the content is usually bolder than what audiences have witnessed on censor-checked mediums. So, is it force-feeding bold content or something that naturally flows? The expansion of regional spaces in native languages includes a lot of cultural diversity in terms of consumption, affecting the type of stories to be programmed.

The audience measurement system is also entering the digital space with BARC launching EKAM from April 2017. While the digital reach is applauded for bringing in clarity, it also brings in the challenge of hitting the right spot.

India Forums got in a conversation with Uday Sodhi, EVP and Head, Digital Business, SPN to understand their ecosystem better. 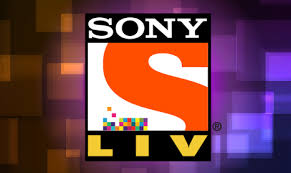 What is the scope of regional web content currently? India is a diverse country so what is audiences' response for web shows in their local language?

That is what is prompting us to look at that market. It works beautifully for us because it helps us tell more stories. It helps us get more audience and allows us to penetrate deeper into those regions. I think for a brand like Sony, and for a product like SonyLiv, it helps reach out to a larger audience.

Uday, when we talk about digital content, it is seen as a very bold content, be it YouTube based channels or VOD, all the 'television forbidden' programming is entertained and watched there. It is believed that the digital space features everything that TV can't, so do you think it's the same kind of a situation in regional space?

Fundamentally, you have to keep your digital content different from television, which is always our approach. Secondly, we believe that a lot of smartphones and a lot of 4G is owned by a younger audience per se the television ownership. Since the smartphone and 4G penetration is mostly with younger audience, they are far more tech savvy and adaptive. We believe the first target we are going for is the younger audience.

Bold or not bold is a decision we take based on the story, that's not something you start off with. First thing that's important to us is, if this is the right content for our target audience and does it meet our overall goals of reaching out to the larger audience. That's what is important to us.

Absolutely! In fact, regional has a far better scope as regional content allows advertisers to target their consumers directly. It also expands the number of advertisers in that space as all the advertisers on the digital medium are national or international brands. But this opens the market for regional and local advertisers. Hence, there is a far more exciting opportunity to expand the digital advertising pie with more and more regional advertisers coming on board.

Digital is seen as a  subscription driven space, and Indian audiences are not really used to paying for online content. There are primes and exclusive programming for every web platform, do you think we have moved any forward in that sense?

Apart from regional content, the mainstream digital content is facing competition from international platforms like Netflix and Amazon. Do you think India is prepared with that kind of quality and storytelling? Can Indian OTTs consume the market?

Certainly. The same thing is with television, we have to be able to provide best content on television vs any other provider or global provider. I don't see why the same quality and the same storytelling cannot be extended onto the digital platforms. We are doing very well on the current platforms, growing effectively as one of the fastest growing platforms in the country and one of the largest platforms and we are an Indian company with Indian content. So there is no challenge as such. 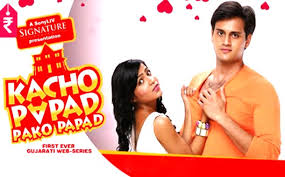 OTTs  have a very strong reach for catch-up TV, do you have the same reach for original content as well?

Currently, catch-up TV is bigger but, my expectation is over a period of time original content will become a significant part of the audience's consumption. What original content currently does is- it tells new stories and brings in new audiences.

Since catch-up TV is significant on web space and there is a different vertical or TG on television... do you think they also serve as your TG in a way since they are ultimately directed to your platform? Also, will you be making original content for that viewership too?

Absolutely! Our recent Gujarati series is a family show. It is about youngsters, but it features all the characters of the family. So we can hope for more and more people to watch it and our further plans will depend on the response that we receive for this one. 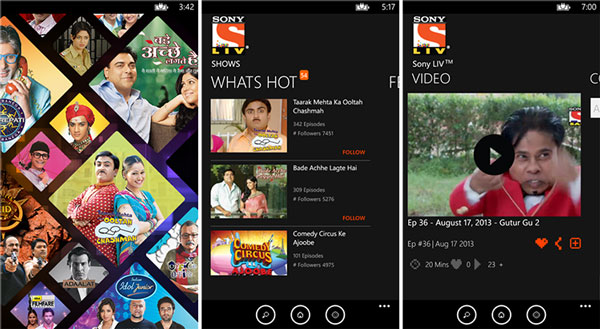 Are you planning to expand further into regional space after Marathi and Gujarati?

Currently these two are our focal points. We are planning to penetrate deeper into these two languages.