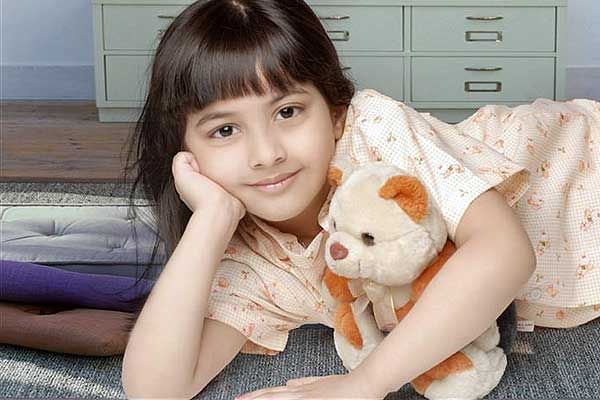 Apart from her ongoing show Diya Aur Baati Hum, Reem Sheikh bags another show in her kitty.
We are talking about the upcoming show, Hum Aapke Ghar Mein Rehte Hai on SAB TV. Shashi Sumeet Mittal is having Reem on board again for the second time after their successful show Diya Aur Baati Hum of Star Plus.
Reem has been finalized for the show. She will be portraying the character of 12 years old Sakshi, younger sister of the female lead Shakti on the show. Reem says, "I am very much excited for my new show on SAB TV, it will be great fun to work with same production team again for a new show."
This show has come as a surprise to Reem, she adds "I was not aware about this show so, I did not go for any audition. Instead, the production team had my previous footages and on those basis they selected me. Indeed this show has came to me as a sheer surprise."
We wish Reem good luck for her new endeavor!
Aakruti Damani

5 years ago congratulations...
You are giving fabulous performance as Misri,,..
Wish you the same for you new show ...
All the best !!

5 years ago wow congrats reem! all the best for ur future..

+ 3
5 years ago all the best dear, you look very matured and i think that is apt for mishri

8 years ago May god bless your soul and give your loved ones the strength to overcome this... RIP

8 years ago Rest in peace Rajesh(Jatin). You will live on in the wonderful movies you acted in. Deepest condolences to his daughters.