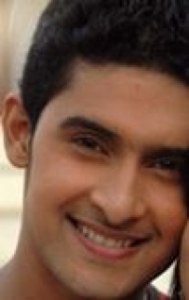 It isn't usual to get a chance to become a part of a show that boast of only male actors.  For Television industry which is female dominated medium, such shows are a welcome change by the male actors.

A source says, "Sony TV has joined hands with Optymistic to make a show like 'Saas Bina Sasural'. As suggested by the title, the show is all about the males and the house which is minus female."

"Veteran Darshan Jariwala is a part of the show and the male lead of the show. The main lead of the show is none other than Karol Bagh's Ravi Dubey-the actor plays the only guy in the family of seven males, who dares to fall in love. The family is against the idea of female entering in the house, "adds source.

Ravi Dubey said, "Well, talks are on but nothing is confirmed yet. I can only confirm the news once I sign on the dotted lines."
The show is reportedly inspired by the film Hulchul which starred Kareena Kapoor and Akshay Khanna.

We too hear that the show will launch on 18th of October and will air on 10:00 PM slot.

xxMATSxx 9 years ago LOVED hulchul!!!!!! So i like this story! Letsss see!

...PARiNA... 9 years ago it will be good to see Meghan in a new comic show
Waiting for the show to start!!!

Laila2009 9 years ago You're right there...hope it is not too much rona dona - it's Sony, so there is a chance for some quality writing...

amrita7689 9 years ago I loove u Ravi allllllllllllllll the best..............u were excellent in Ranbir Rano,yahan ke hum sikander and Karol bagh.....looking forward for this

shanak.hot 9 years ago the show sounds good and will see if ravi dubey is confirmed for the show

itsnabzz 9 years ago Great, seems to be a nice show,looking forward for this one...

Sia889 9 years ago interesting concept hope it woo the audiences

Kangana Ranaut Vs Anurag Kashyap: Actress ‘Steps Back’ after ...
20 minutes ago

Disha Salian did not dial 100 before her death, says Mumbai ...
59 minutes ago