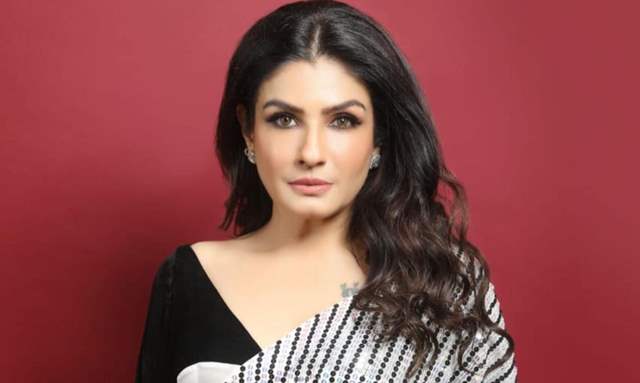 In a career span of two decades actress Raveena Tandon has impressed her fans with some of the most iconic films in Bollywood. The 46-year-old actress made her Bollywood debut with Patthar Ke Phool (1991) and now she has been waiting for the release of her upcoming film KGF: Chapter 2. The 46-year-old actress will be seen playing Ramika Sen in the film. Going by her appearance from the poster, she looks absolutely fierce.

Raveena dashed off to Himachal Pradesh, as soon as the lockdown was relaxed, to begin shooting for her upcoming project. While she has been enjoying her time in the Indian hill state, the Andaz Apna Apna actress spoke about her acting career in her conversation with ETimes.

Speaking about her shooting and travelling experience, Raveena said, “Himachal is beautiful; the people are so honest, kind and warm! And with lesser people around, it was beautiful and almost virginal again.”

As people around the world experienced working amid the new normal after the coronavirus outbreak, even celebrities have been trying their best to take risks and head out for shoots.

When questioned about the piece of advice Raveena would give her younger self, the actress wished that she was more focused.

“I put in a lot of hard work but maybe I took my career for granted and went on too many sabbaticals. But then again, I regret nothing. I’m happy the way things have turned out for me,” said Raveena in her interaction with ETimes.

Recently, the makers of KGF released the trailer of the upcoming film and it has been receiving overwhelming response from fans.

"You cannot predict the movement of my character": Raveena Tandon ...