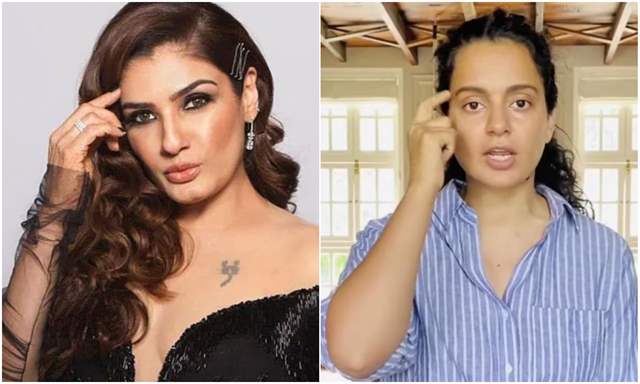 Sushant Singh Rajput's case saw a new drug angle after which the Narcotics Control Bureau registered a criminal case against Rhea Chakraborty, who is also the prime accused in the death case.

Actress Kangana Ranaut went on record to expose the drug mafia in Bollywood and made shocking claims as she told Republic TV: " 99% of people in the industry do drugs."

While no one from the industry had a counter reply to Kangana, actress Raveena Tandon has finally reacted to such claims and tweeted:

“Globally,99 % of judges, politicians, babus, officials, cops are corrupt. This statement cannot be a generic description for all. People are intelligent. They can differentiate between good/ bad. Few bad apples cannot spoil a basket. Likewise, our industry also has the good and the bad."

Raveena's tweet comes as a response to lawyer Mahesh Jethmalani, who raised questions about Bollywood’s "deafening silence" on "a serious charge." He wrote on Twitter:

“A Bollywood actress makes a serious charge claiming personal knowledge on a TV channel with a large viewership that 99% of Bollywood consumes narcotic drugs. Not one person from that industry contradicts her. What inference is the public to draw from this deafening silence?”

Filmmaker Ram Gopal Varma also reacted to his tweet and wrote back: . “Though I belong to the same fraternity, I am as baffled as u... And their silence also extends to them being called rapists, killers, mafia, etc."

Meanwhile, the NCB has made the first arrest as they have got hold of a drug peddler who confirmed knowing Rhea Chakraborty's brother Showik Chakraborty.