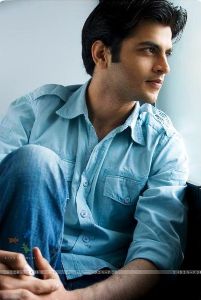 Raunaq Ahuja who essays the role of Akshay in Star One's Yeh Ishq Haaye has had to pay a big price after shooting for a strenuous action sequence all by himself.

The major sequence wherein Akshay is running behind Ranbir (Rahul Arora) was being shot when Raunaq met with an unfortunate accident. As per the scene, Akshay was supposed to run helter skelter behind Ranbir, and this is when he lost his balance and fell down on the road.

Our source from the set says, "Raunaq suffered some scratches on his knees and elbow. But the major damage happened on his little finger. Though the medical reports suggested that there was no fracture of sort, he has been told that the finger would never get functional again".

Yet another source tells us, "Actually the stunt man had to bring in all sorts of precautions for actors. But he somehow failed to do his job here, and this cost Raunaq very badly. However, the entire unit and production house stood by Raunaq to help him thro' this bad phase".

We contacted Raunaq who confirmed the news and said, "Yes, I met with an accident while shooting for a stunt scene, due to which my whole hand has been plastered and my finger has stopped functioning forever. It was very careless on the part of that Stunt man, as he did not employ proper safety measures".

We wish for Raunaq's quick recovery!

9 years ago Raunaoq hope you take all precautions to see that you are not injured again and again...all the best...God bless you...

9 years ago Raunaoq all the best...u deserve it as u have got injured 2/3 times in recent months...please take extra care...God bless u.

9 years ago Raunaoq we are again hearing that you have injured yourself in ankle and have sprain on feet...please take care of yourself...all the best

9 years ago Hi, I am your fan. Always eager to see u on TV. Keep shining. All the best