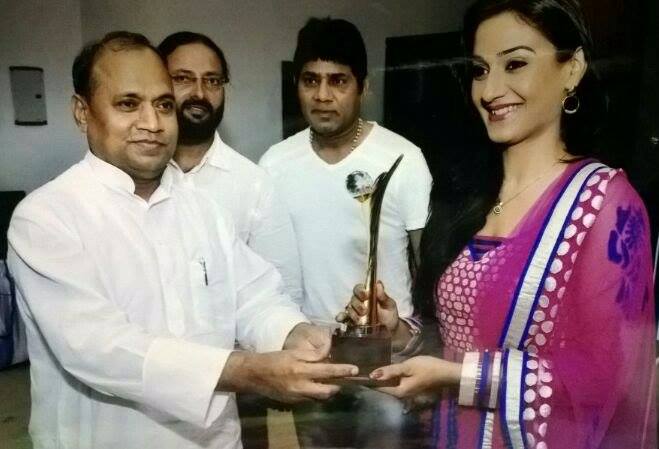 It's a proud moment for all the admirers of the pretty and talented actress Rati Pandey who was last seen in Zee TV's popular show Hitler Didi.

The actress, who has gained immense popularity for the portrayal of bubbly Nupur in the popular show Miley Jab Hum Tum, surprised everyone by essaying the character of Indira in Hitler Didi which was quite a serious role of a girl who never smiles.

Rati hails from Patna and she came to Mumbai few years back to pursue her acting dreams. The city of dreams turned her dreams into reality because of her dedication towards her work and gave her immense popularity for which she has been honored with the title of 'Bihar Ki Beti' at her native place.

Rati, who is enjoying her break these days, recently was felicitated by the state government of Bihar in Patna. She has received a memento of appreciation from the Bihar tourism department for her excellence in television.

TellyBuzz wishes Rati a hearty congratulations on this achievement!

akeeli 3 years ago COME BACK RATI..god bless you Rati Pandey...

kirti123 6 years ago wow.congratulations rati missing you waiting to watch u back on TV

goodluck992 6 years ago Rati Pandey you are the best.. good luck for your next show

visha3 6 years ago Rati Pandey wanna hug you and congratulate for the award!! YOU ROCK GIRL!!!