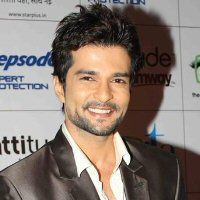 The actor, who is a participant in the show with wife Ridhi Dogra Vashisth, has injured his knee and has been advised to avoid dancing and other strenuous activities.

"The cartilage tissue in my knee joint has got damaged a bit, so the doctor has advised me to take rest. No dancing, no cycling, no running," RaQesh told reporters here on Tuesday on the set of the show.

"I am being a bit careful now as health comes first. Besides, there are other projects as well, so I have to concentrate on them also. So it is very important to be fit now," he added.

Besides 'Nach Baliye season 6', Raqesh is also working on 'Qubool Hai', which show is aired on Zee TV.

His wife Riddhi says if there is any kind of stress on RaQesh while dancing, they will back out of 'Nach Baliye'.

"Generally, health is important. I hope that you all (audience) also pray that RaQesh gets well soon so that we can go forward in 'Nach Baliye'."

"His health is very important and if there will be some kind of stress, we will have to back out, which we don't want to do but we (may) have to," she said.

kandykandy 6 years ago Asha Negi and Rithvik Dhanjani are simply the best.

Ashlaika 6 years ago I am so excited to see Rithvik Dhanjani and Asha Negi dance this weekend. They are the best!

FIZK6 6 years ago RaQesh Vashisth hope you recover soon so we can see you continue in Nach Baliye.

Tabbynicole16 6 years ago get well soon raqesh... i wanted u to win nb6


@TelllyBuzz...FYI Debina did not really cracked her so called ribs but faked it to get votes.