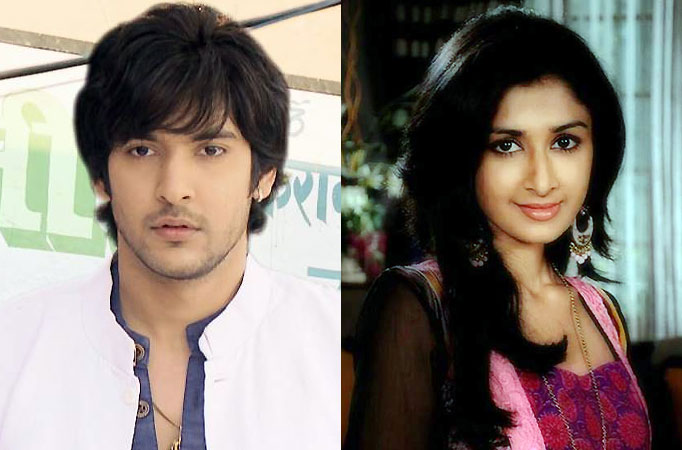 Beyond Dreams' popular show Veera has always attracted the audience with its enthralling track. The show has managed to keep its audiences glued to the show. Up till now the viewers have witnessed the bond between the young couple Ranvi (Shivin Narang) and Gunjan. The two have started liking each other and the love is blooming between them.

Now in the upcoming episodes the audience will see a romantic sequence between Gunjan (Farnaaz Shetty) and Ranvi .

Our source says, "A romantic sequence will be seen between the much loved couple Ranvi and Gunjan. The entire family is about to go for mela but Gunjan makes an excuse so that she gets some time to spend with Ranvi. She gives an excuse that if Ranvi steps out of the home he will meet with an accident and will die as she got a dream about this. Now Gunjan stays at home by making an excuse that by staying at home she will take care of Ranvi but the reason is something else."

The source further adds, "Later they both will share some light moments together as where Ranvi will sing a song for Gunjan. He will feed her with his own hands, they both will watch a film and many things to come up in this episode.

6 years ago i am addicted to vishal vashishtha. i am glad he is playing pind ka sher baldev. Perfectly suits to him. baldev rox

6 years ago Vishal Vashishtha & Digangana Suryavanshi - Keep Rocking as Baldev-Veera ... You guyz are so amazing as VeeBa ... Love you guys & Love VeeBa Loadzzz :)

6 years ago my love vishal vashishtha

+ 4
6 years ago Love you Farnaz Shetty and Shivin Narang .
You guys are doing a fantastic job in Veera .

Is amazing as baldev singh!

6 years ago vishal vashishtha is truely a fabulous actor,he is the best!!!