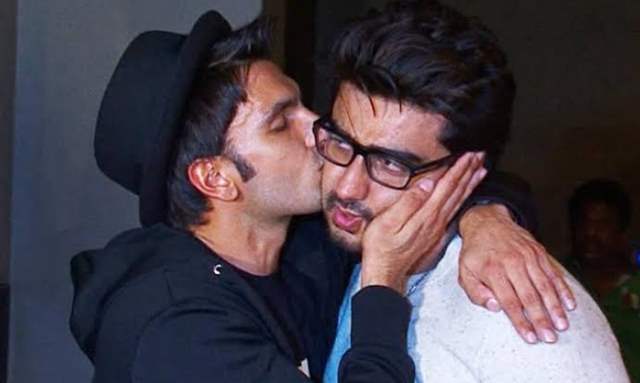 Friendship is one of the most sacred bonds in life and when you elevate that bond far beyond friendship, guys do tend to do stupid things. And if there’s any such duo it has to be Ranveer Singh and Arjun Kapoor. The two are also known as real-life Jay and Veeru.

Time and time again, the duo have faced the world and proved their friendship for each other. Supporting each other’s decision to curating some of the most exquisite memories of all time, they share much more than just a great equation.

Fans often wonder whether their bond has ever been affected by the stardom or Ranveer’s wedding to Deepika Padukone.

Talking about the same in a conversation with Mid-Day, Arjun revealed that Ranveer and he share a great friendship and over the years it has gotten stronger. The Panipat actor even mentioned that stardom has never come between them and that even after his wedding with Deepika, Ranveer and he still are the same with each other.

Arjun further revealed that often he calls himself Deepika’s ‘souten’ and that Ranveer still sends him long voice notes, crashes his dubbing sessions and that they are still warm.

He is still gate crashing my dubbing, sends long voice messages after watching my songs and kisses me on the cheeks. Our connection remains unaffected. I tell Deepika that I am her souten. We have been consistently warm.

Yet again, Arjun has proved how much Ranveer means to him and seems like he is even ready to go against the Simba actor’s wife Deepika Padukone.

Apart from that Arjun Kapoor has said he did not approach a friend and Gunday co-star Ranveer Singh for advice for working on a period film as Ranveer would have a point of view that matched with Sanjay Leela Bhansali’s style of filmmaking, not that of Ashutosh Gowariker.

‘I used to feel that she is way away from my league’, Ranveer Singh ...

Deepika Exposes Husband Ranveer on the Internet, He Calls DP ...