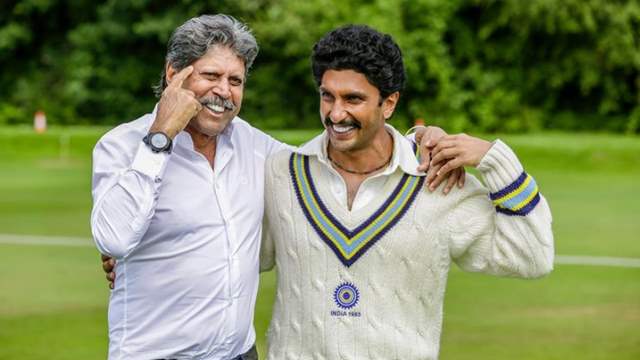 The legendary Kapil Dev celebrates his birthday today and on this special day, birthday wishes poured in from all quarters.

Ranveer Singh who will be playing Kapil Dev on screen in Kabir Khan’s upcoming film ‘83 took to social media to pen a sweet note for the Indian skipper. He wrote, “Colossus of a Captain! Gem of a person! Thank you Sir for embracing us and allowing us to tell your extraordinary story! Here’s wishing the OG @therealkapildev good health and joy on his special day! #ThisIs83 #HappyBirthdayKapilDev”.

He also shared a montage video of the 1983 World Cup-winning skipper. Have a look:

The 1983 World Cup win brought India into the light in the world of sports and the film, 83 traces the journey of ‘Kapil’s Devils’ into winning the most coveted title in the world of cricket.