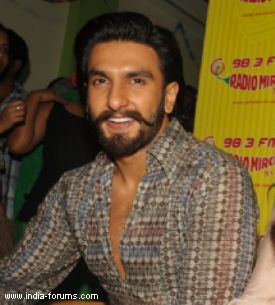 The function is scheduled for Jan 20 at the National Sports Club of India (NSCI) Stadium here.

This is the second time that Ranveer will host an award gala. He had earlier hosted the second edition of the awards.

Ranveer said that it's "a huge honour to be invited back" to host the ceremony.

"The last time around was thrilling as I got to interact with the best musicians and singers this country has on offer. The Gionee Star GiMA is such a great platform and I am happy to celebrate an integral part of the Indian culture with the biggest names in music today," Ranveer said in a statement.

GiMA provides a unified platform to celebrate and recognise those artistes who push the boundaries of music through movies and non-film music.

The fourth edition includes new categories making for a total of 13 awards in the non-film music categories and 11 in film music.