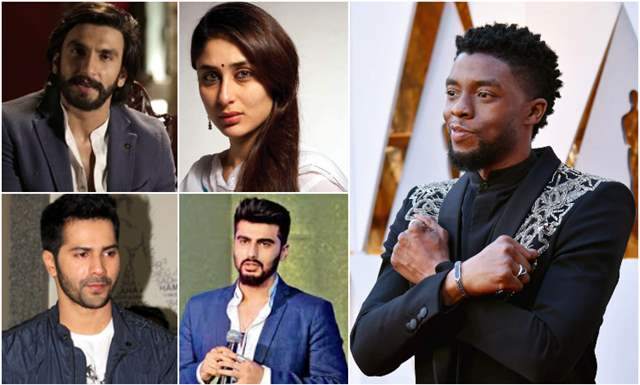 Hollywood actor Chadwick Boseman passed away due to cancer on Friday. He is known to have brought "Black Panther" to life. The actor was battling colon cancer since 2016 and died at home with his family and wife by his side, according to a statement posted on his Twitter account.

Also Read: Black Panther star Chadwick Boseman passes away due to Colon cancer at the age of 43

While millions of fans across the world mourn for his sad demise, many have taken to their Twitter handle and shared their condolences. Meanwhile, Bollywood celebrities including Ranveer Singh, Arjun Kapoor, Disha Patani, Anupam Kher and others - also remembered the late actor.

Arjun Kapoor, Varun Dhawan, Ranveer Singh, Esha Gupta, Kareena Kapoor Khan, and many more took to their Insta stories and uploaded a picture of him.

“@chadwickboseman u were so graceful & dignified onscreen to know u battled cancer for 4 years quietly and work thru it makes me respect you off it as well…rest well…#WankandaForever" wrote Arjun.

Meanwhile, Varun remembered him as he wrote, “RIP Wakanda forever” 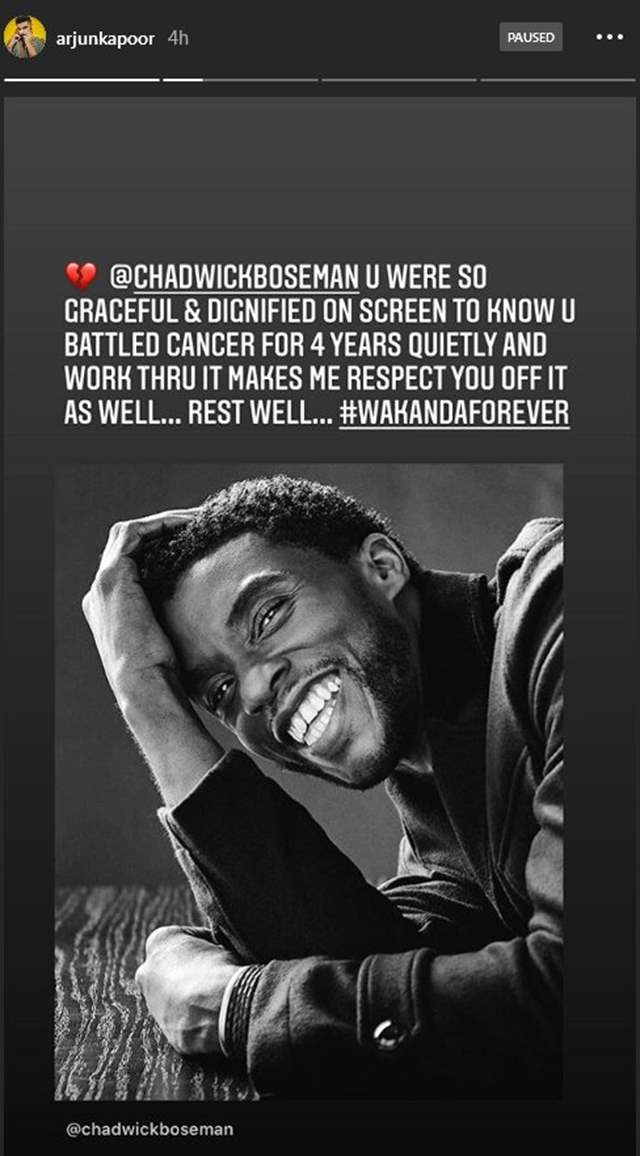 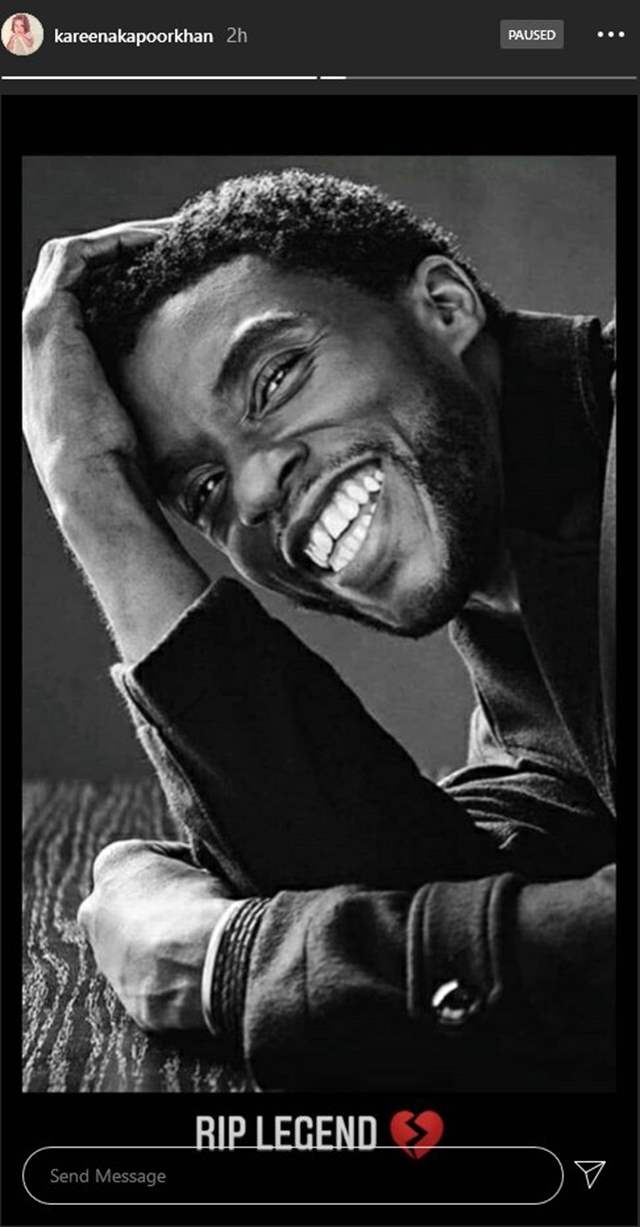 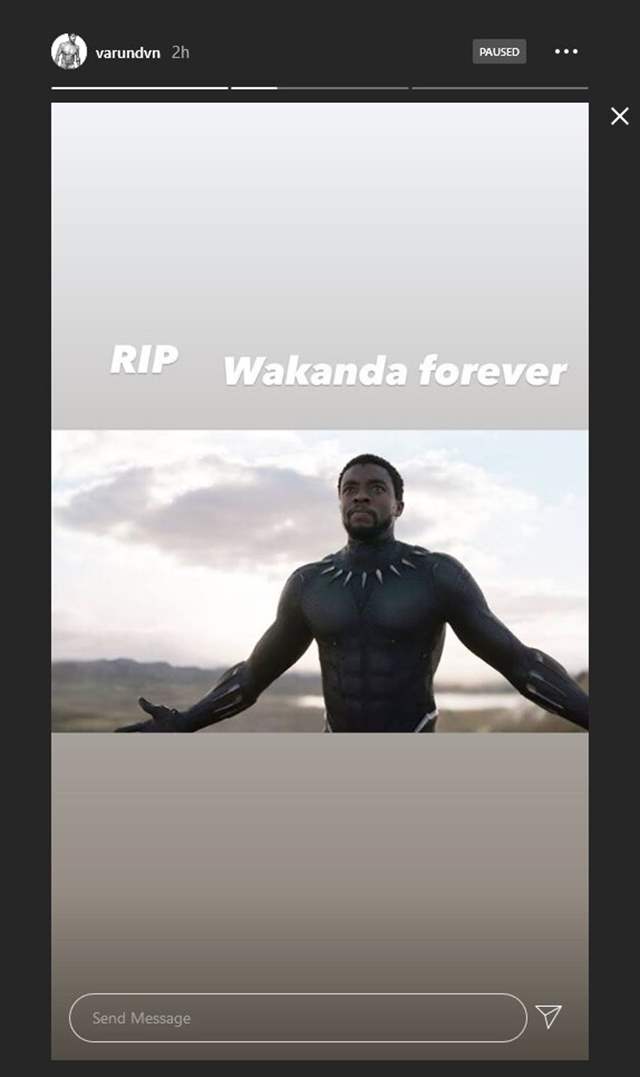 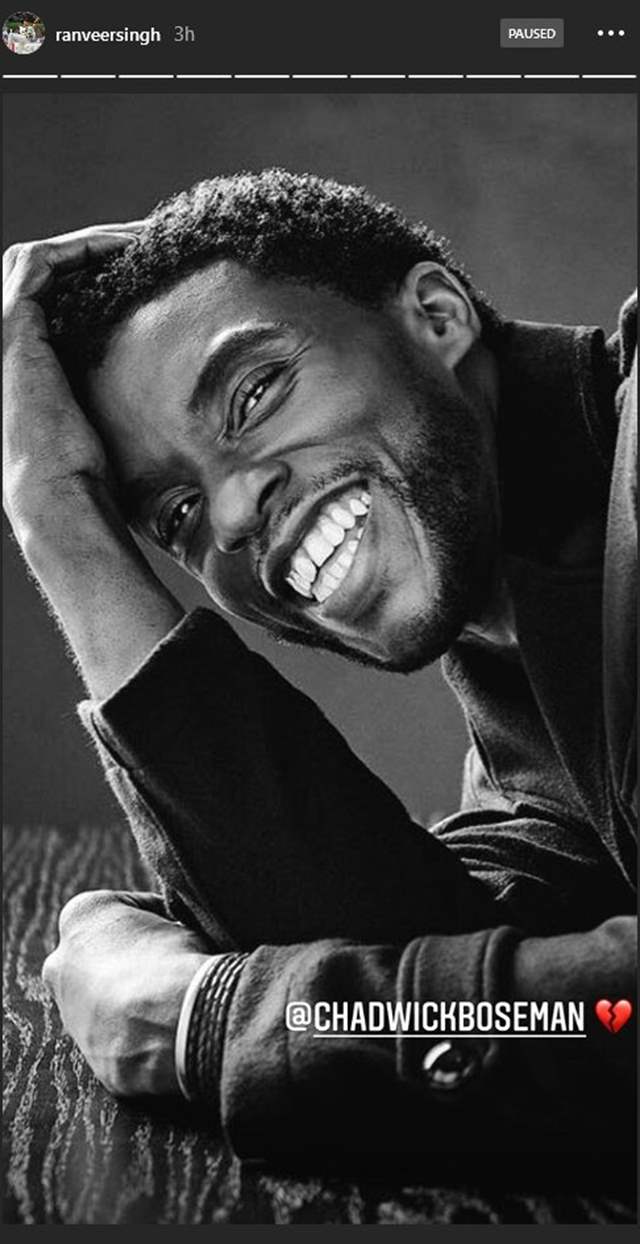 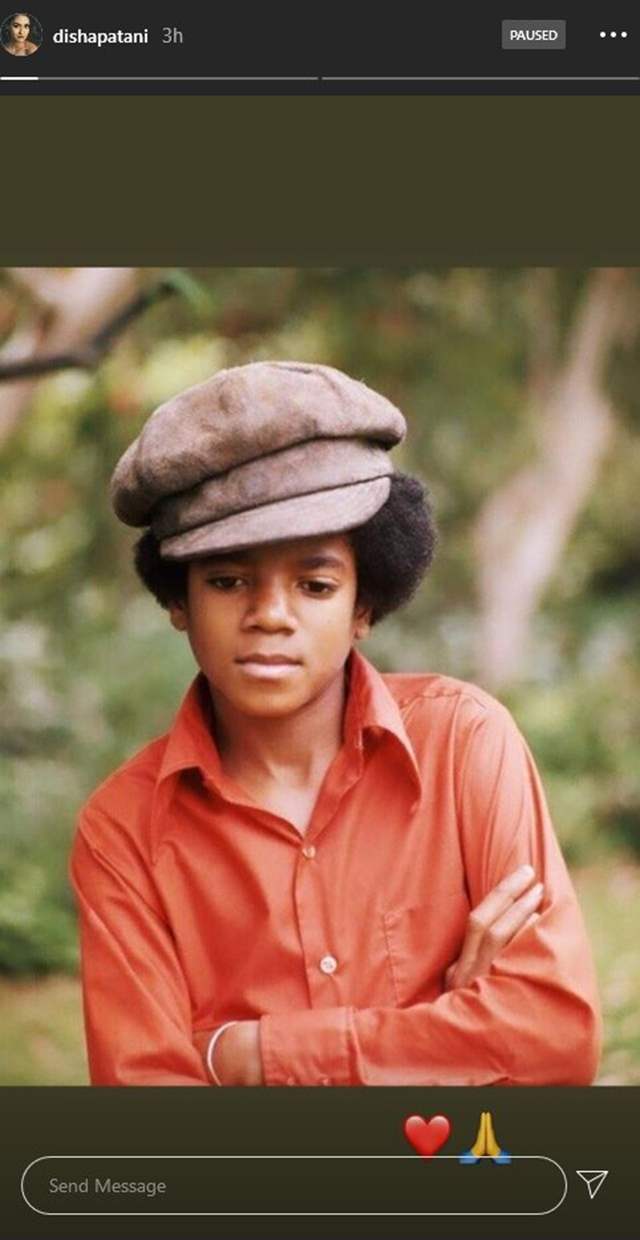 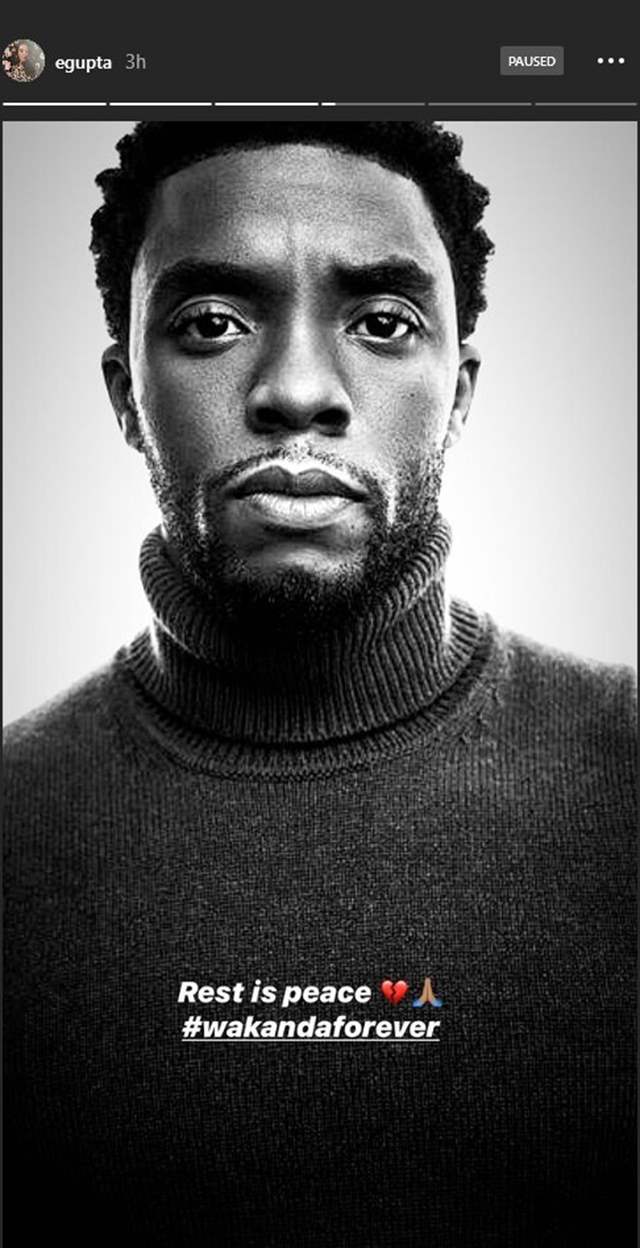 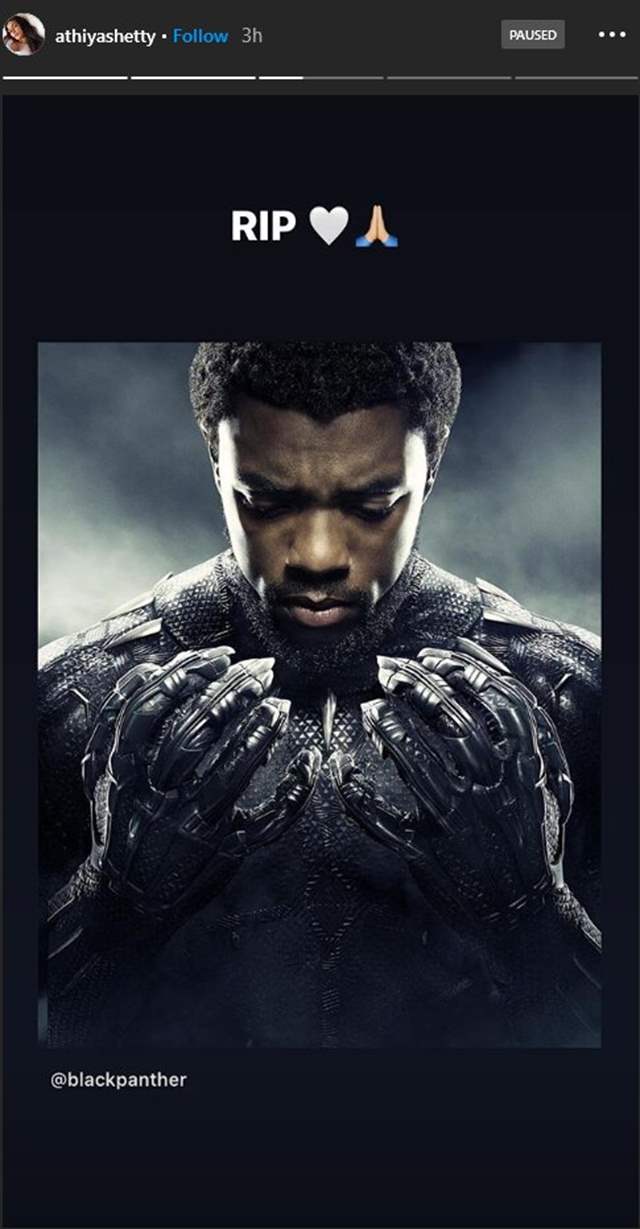 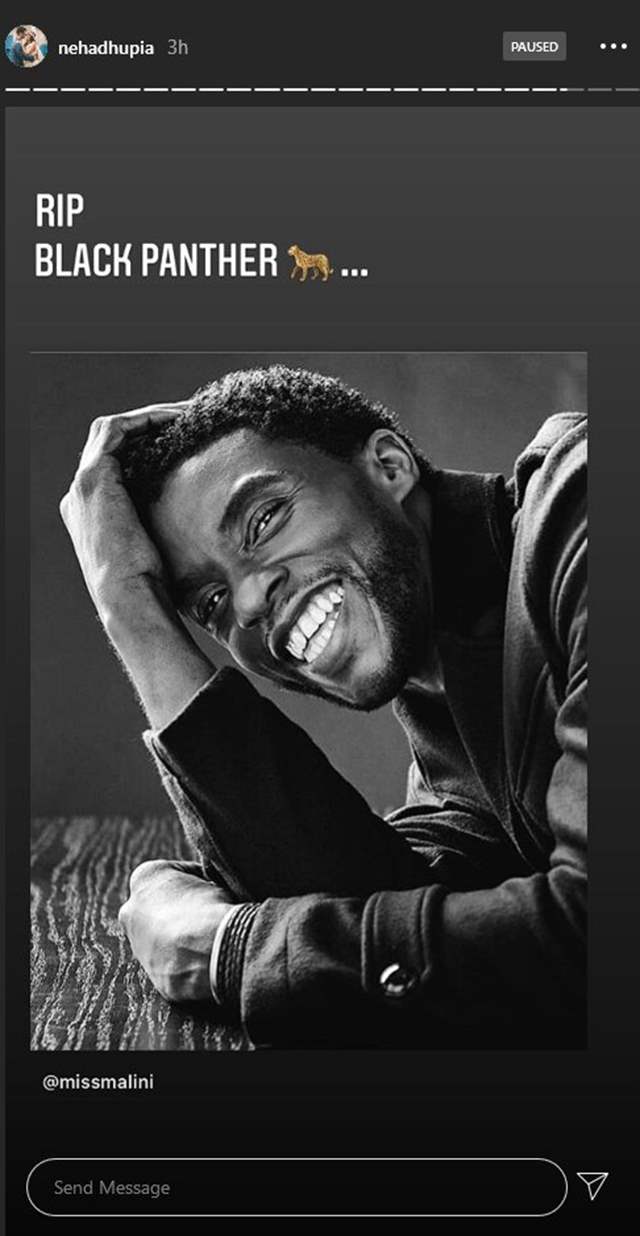 Anupam Kher wrote, “Deeply saddened to know about the sad demise of #BlackPanther actor #ChadwickBoseman at such a young age. Apart from being a very fine actor, he was a humble man with an infectious smile. My condolences to his family, friends & fans! #WakandaForever #OmShanti”