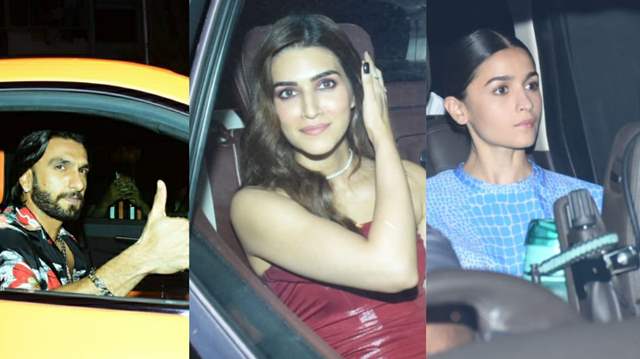 Sunday night in B'Town appeared to be a star-studded affair. Karan Johar hosted a big party for Netflix Global TV Chief Bela Bajaria, and the who's who of B'Town were also present.

Alia Bhatt, Ranveer Singh, Sara Ali Khan, Kriti Sanon, and others made an elegant entrance. For the evening, all of the actors put their best fashion foot forward. Ranveer was spotted turning up at the bash in his flashy car. The actor looked dapper in a printed shirt and a gelled hairstyle.

As the paparazzi snapped pictures of him, the Gully Boy actor waved back at them from his car. Kriti Sanon was also photographed inside her car.

In a red faux-leather bodycon mini dress, the actress appeared like a total diva. Her tresses were left open and done up in waves, and she opted for a glamarous make-up look.

Meanwhile, Alia Bhatt turned heads in a blue gown. Sara Ali Khan appeared stunning in an all-orange ensemble. Shah Rukh Khan also attended the party. He arrived in a car with the window covered by black curtains, keeping his appearance concealed from the paparazzi.

Ananya Pandey, Farhan Akhtar and his wife Shibani Dandekar, and Madhuri Dixit and her husband Dr. Sriram Nene were also photographed at his home. Meanwhile, Karan recently announced the completion of the schedule for his next directorial project, 'Rocky Aur Rani Ki Prem Kahani.' Alia Bhatt, Ranveer Singh, Jaya Bachchan, Shabana Azmi, and Dharmendra features in the film. Recently, unseen pictures from the sets of the film were surfacing on social media. The film is set to be released on February 10, 2023. 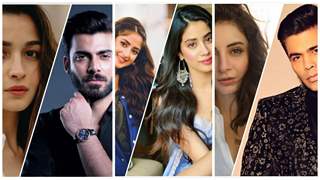