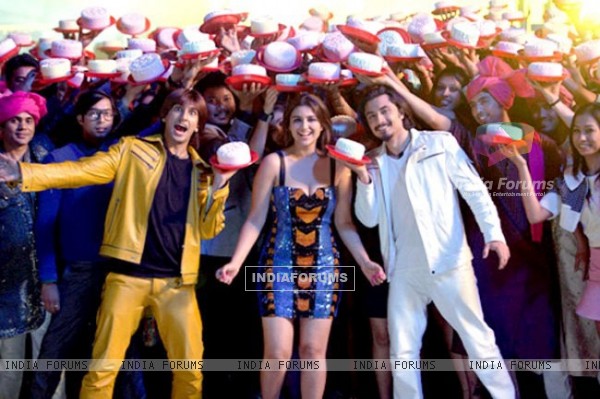 Ranveer Singh, Parineeti Chopra and Ali Zafar are going to sport a tattoo throughout the promotions of their upcoming film, Kill Dil.

These tattoos will be inspired by Kill Dil and the actors will be flaunting their tattoo throughout the promotions of the film. YRF produced Kill Dil will show the actors in a very rustic avatar with bikes and leather jackets . So, getting a tattoo was just appropriate and in tandem with the film.

Ranveer, Parineeti and Ali have been discussing various designs for their tattoos and are very excited to sport them.

The film also starring Govinda is slated to release on 14th November 2014.