As reported earlier Ranveer Singh, had taken a break from his shooting schedule, to bring in his birthday with his family in London. 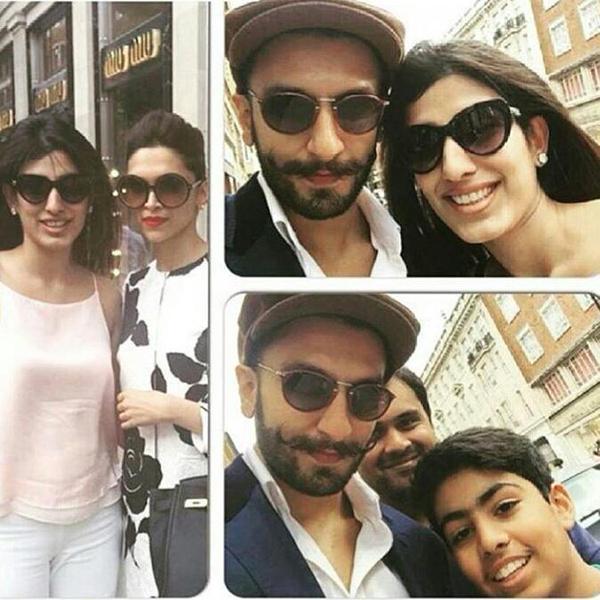 There were reports suggesting that Deepika Padukone too was on a 15 day holiday with her family. If rumours are to be believed, Deepika had cancelled her family trip to spent time with beau Ranveer Singh.

The two were spotted at Heathrow airport. Though the actors thought that shutter bugs wouldn't capture them during their holiday, but when a few fans asked them for some clicks they happily obliged.

So now we know about yet another Bollywood sweet hearts holidaying together!

Ranveer and Deepika would be seen together in Sanjay Leela Bhansali's Bajirao Mastani.