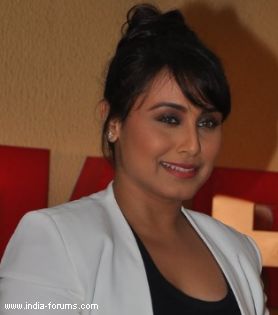 Bollywood beauty Rani Mukherjee, who rarely makes appearances at fashion events in the capital, is making an exception for good friend and designer Sabyasachi Mukherjee's opening show at the Shree Raj Mahal Jewellers India Couture Week 2014 Tuesday. However, she won't be seen as a showstopper,

A well-placed source told IANS that Rani will attend Sabyasachi's show, and that she will take the front row seat at the event.

Rani is among the top celebrity clients of the ace designer, who is even said to have created a special lehenga for the actress's wedding ceremony. In April, she married film producer Aditya Chopra in Italy.

On the big screen, Rani, who was last seen in "Talaash: The Answer Lies Within", will next feature in "Mardaani" in which she plays a strong, bold and fearless police officer.