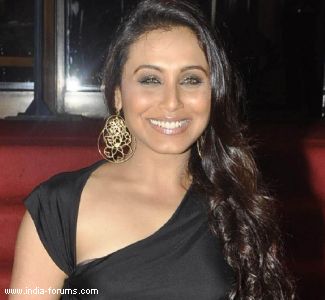 The industry is abuzz with news that Rani Mukherjee has given the nod for Tigmanshu Dhulia's next, a biopic on nautch girl Begum Samru. But the filmmaker says he is unaware, and that the actress is yet to say "yes" to the project.

"I have indeed approached Rani. I don't know (that she has said yes). I came to know through the papers. Rani has not called me, and neither said yes for the film," said Dhulia.

While the industry feels that Dhulia is now approaching only established stars post the success of Irrfan-starrer "Paan Singh Tomar", he clarified: "I approached Rani before 'Paan Singh Tomar'."

The movie will be Dhulia's second biopic after "Paan Singh Tomar", which narrated the story of the athlete-turned-army man-turned-dacoit.

But the film on Begum Samru was written much earlier, he said, and added: "It's an old story. I had written this script four to five years back."

Dhulia is certain that he will make the film on Begum Samru, but says he is tweaking his original script these days.

"I have finished the script. But since I had written the script long back, I am making changes in it now," he added.