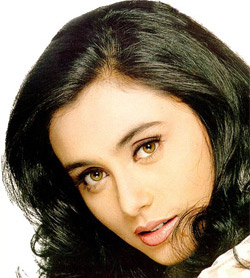 All those who felt that Rani Mukerji looked fat on the special episode of 'Kya Aap Paanchvi Paas Se Tez Hain' where she was featured with director Karan Johar, don't blame your eyes. She has actually gained a few kilos.

'There used to be a lot of goodies to eat on the sets and you can see a bit showing on me too,' said the actress.

'I have put on three kg and the credit goes to Kunal (Kohli). He used to keep telling me that he wanted me to look chubby for the film,' she added.

In the film, Rani plays an angel to four children who are forced to stay with a man they hate and Saif Ali Khan plays the role.