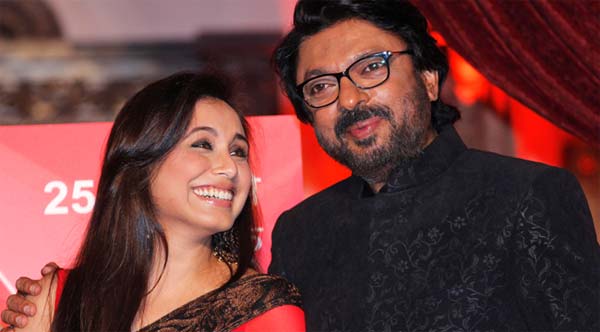 Come Friday, Rani Mukherjee and Sanjay Leela Bhansali will visit the set of "Comedy Nights With Kapil" to shoot with the master stand-up comedian as part of the promotions of their respective movies "Mardaani" and Mary Kom.

The actress and filmmaker, who made for a great working relationship when they collaborated for "Black", will shoot for different episodes of "Comedy Nights..." at separate timings Friday here, said a statement.

This will be Rani and Bhansali's first appearance on the show, which hosted a slew of celebrities like Amitabh Bachchan, Shah Rukh Khan and Salman Khan.

There's a binding factor between the Rani-starrer "Mardaani" and Bhansali's co-production "Mary Kom" - they are both stories of women power.

+ 4
6 years ago Love you Sushant Singh Rajput. Waiting for PK just to see you back on screen.

6 years ago Looking forward to all these wonderful movies coming out in near future
Love you PC!!!