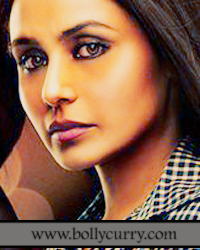 First it was Aishwarya Rai Bachchan facing problems with the poster of her latest flick Guzaarish; now  it's Rani Mukherjee's turn to face problems along the similar lines. In Rani's upcoming film, No One Killed Jessica, the promos are receieving much heated reviews due to the contents shown - Rani smoking. But this comes as a very strange suprise as in her past film Laaga Chunari Mein Daag, Rani was seen doing the exact same thing and no serious action was deemed necessary back then.
In the movie, Rani's character essays the role of a headstrong journalist that takes up the somewhat complicated case of Jessica Lal. Because of her character's portrayal, Rani is required to smoke in some scenes of the film. But it looks like the NGO has an issue with this and has already sent a letter to the Ministry and Censor Board; they want the scenes to be deleted along with any other scenes that depict her smoking.
If smoking wasn't enough, Rani is also seen using harsh profanity in both English and Hindi on screen. The question now stands as to whether these scenes will also be up for deletion? The director of the film, Rajkumar Gupta, gives an excuse claiming that this sort of profanity is commonly used in everyday life nowadays, no one will be harmed by portraying such common occurrences on screen.
It looks like that while the release date is still far off, the film is already in hot waters. We wish the whole team luck to combat any further troubles they might encounter throughout the time course.
10 Likes

Rani Mukerji No One Killed Jessica

Sanjay Gagnani tests negatieve for COVID 19, to resume ...
40 minutes ago

Gurmeet Choudhary and Debina Bonnerjee test positive for ...
52 minutes ago