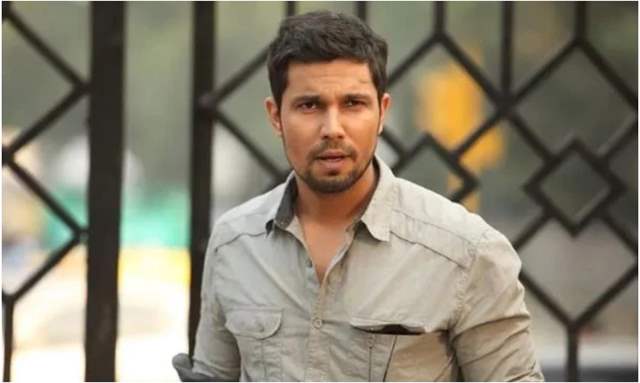 Randeep Hooda recently underwent leg surgery after complaining of pain. The actor was admitted to Mumbai’s Breach Candy Hospital - where the surgery took place on August 25, 2020. The actor has expressed his gratitude to all his fans for their prayers wishing him a speedy recovery. Now, during a recent interview with Hindustan Times, the actor shared that he is doing well.

Speaking to Hindustan Times, the actor informed, “My leg is healing, there’s no postoperative complication. I’ll be able to move around properly in a week’s time. My dad (Ranbir Hooda), who’s a doctor, was there during my operation and took care of everything.”

For the uninitiated, Randeep is widely known for his love of animals, particularly horses and dogs. During his recent interaction with Bombay Times, the actor disclosed the details are revealed what led him to the surgery.

He said, “I have four staples in my body. What happened to me is a long story. 12 years ago in 2008, I met with a major accident on the polo field. My horse Raja, who has passed away now, slipped and fell on my right leg. It was my mistake. I stretched out a bit too much to get to the ball, forgetting the fact that the horse is old. After he got up and my leg was still stuck, he kept looking at me wondering if I was okay. I remember his face so well. I could hardly breathe and he kept thinking if I was fine. Any other horse would have bolted and that could have killed me but he stood still. If it wasn’t for him, I wouldn’t have been alive. Raja taught me how to play Polo.

“After the accident, I had metal plates and screws inserted to hold the bones together, heal the leg and bring it back to life. I was bedridden for a long time and all my projects evaporated during that time. I was supposed to take these plates out in a year but either I didn’t have the money, or didn’t have the time. After living with the metal plates for 12 years, which is perhaps my longest relationship in the physical sense (smiles), I had to get them removed because the leg got infected. The foreign body got sick of me. The surgery became a necessity,” he added.

The actor further mentioned that “I don’t know if I will be the same actor once I go back to the movie set!”

Revealing more about his condition, the actor, an equestrian enthusiast, added, “Mujhe agar khaasi ya bukhaar bhi ho jaaye, I call pappa. He is a senior doctor with clinical experience so that also helps. I was at the hospital for a few days until my orthopaedic surgeon Dr Chetan Unadkat, thought I was fine enough to be discharged.”