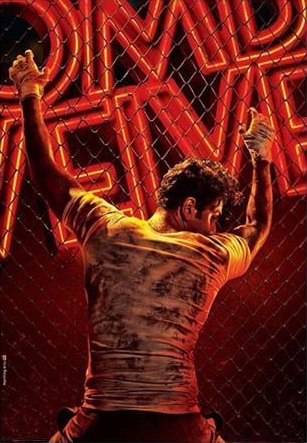 The film's makers Fox Star Studios and Phantom Films unveiled a teaser image of Ranbir on  Wednesday to build excitement around the movie's first poster that is set to release on Thursday, read a statement.

Ranbir was reported to have shot some cage-fighting scenes in the Anurag Kashyap-helmed romantic thriller for which he went through intensive boxing coaching.

And the teaser image plays on his edgy avatar in the film.

Ranbir plays the character of the risk-taking daredevil Johnny Balraj. His co-star Anushka Sharma plays his love interest in the film.

"Student of the Year" director Karan Johar will be seen playing a negative role in the film, which is set for a May 15 release.