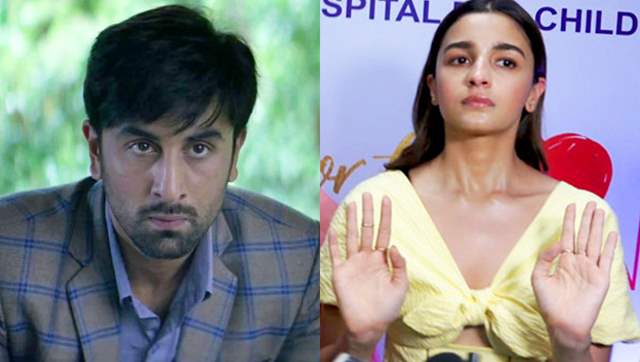 Recently, reports about Ranbir Kapoor hiking his fees yet again made headlines. Talks about the actor charging extra for for ever additional days of shooting spread like a wild fire in tinsel town and made him the talk of the town among the B-townies. And when these talks reached the top notch producers in the film industry they too were left falling off their chairs laughing!

As per reports in Bollywood Hungama, Ranbir's unreasonable demands amid such difficult times of COVID-19, when even the A-list actors are being considerate made him the laughing stock among the top notch producers of the Hindi film industry. Not only this, Kapoor junior's lady love too is following his foot steps and has revised her terms and conditions related to her future projects!

An insider has been quoted by the entertainment portal revealing that no producer can afford to fulfill these demands put forth by RK.

No producer can afford to pay them what they charge right now, so where is the question of extra fees? A lot of films are shot beyond the dates allotted. Ranbir’s Brahmastra is one of them. Does that mean he is going to ask his producer Karan Johar for extra money? Ranbir and Karan don’t ever discuss Ranbir’s fees.

This knowledgeable source as quoted by the entertainment portal further informs that Ranbir’s girlfriend Alia Bhatt too is sailing in the same boat and has put down her foot with unreasonable demands.

Alia has shot for many more days than she had allotted to Gangubai Kathiawadi. Is she going to ask Sanjay Leela Bhansali for extra money? At a time when the world and cinema industry are struggling through the worst crisis who talks about being paid extra?

Well, these are just the inside talks that have been making rounds in the industry and we wonder if Ranbir and Alia will be revising their demands after getting a thumbs down from the producers or will stick to their new clause.

However, on the work front, we will be seeing the love birds in director Ayan Mukerji's Brahmastra where they will be sharing screen space for the first time. The film is produced under the banner of Karan Johar's Dharma Productions.

Next in line, RK has Shamshera which is produced by Aditya Chopra under his home banner Yash Raj Films and directed by Karan Malhotra. In the film, Ranbir will be seen alongside Vaani Kapoor.

Alia, on the other hand, has Sanjay Leela Bhansali's directorial Gangubai Kathiawadi in her kitty. And there is also one Karan Johar's unnamed project wherein she is said to be playing the lead actress opposite Ranveer Singh but this project is still very raw and no details about it are yet out.