View Profile
Shocked? We are too!
In a recent interview, actor Ranbir Kapoor denied all rumours of his having dated Bollywood' 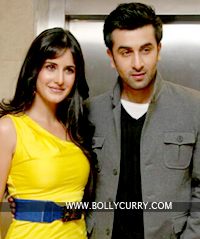 s Barbie Doll, Katrina Kaif.
The junior Kapoor and his Rajneeti co-star have been one of the most talked about couples for a while now. The stories had even reached a point where people were discussing the chances of the couple tying the knot soon. However, it was recently reported that they have had a break-up, and this has irked the actor out of his silence.
When he was asked about this particular 'break up', Ranbir stated that he and Katrina were never in a relationship in the first place. He has also quite desperately requested the media to stop concocting baseless stories about his love life as they have started to disturb his parents.
The actor, who is currently shooting Barfi with Priyanka Chopra, shockingly also confessed that he has stopped hanging out with his friends in fear that more stories of link-ups would be created.
While we understand the actor's concerns, we can't help but say there's no smoke without a fire, Ranbir. Nonetheless, BollyCurry sympathises with Ranbir and hopes things settle for him soon.