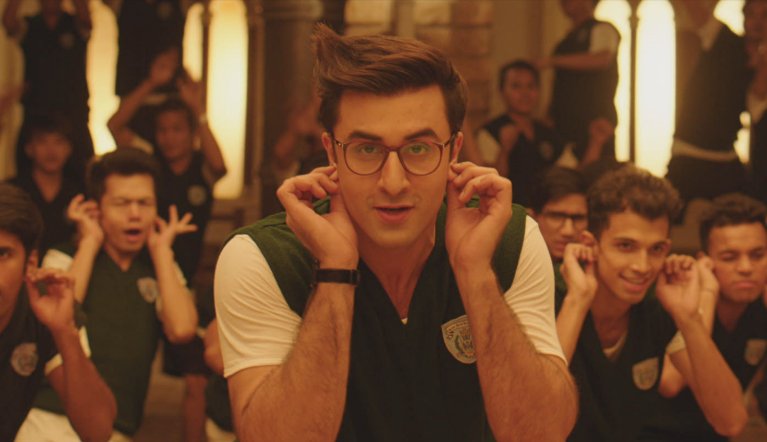 Ranbir Kapoor's hairstyle from Jagga Jasoos is an ode to his favourite comic series Adventures of Tintin.
The makers wanted to pay a tribute to one of the most popular children series Tintin and hence incorporated his hairstyle for the lead actor of the film. Disney's Jagga Jasoos directed by Anurag Basu, was made keeping children audience in mind.
Jagga Jasoos is a musical which tells the story of a teenage detective in search of his missing father. The posters, trailer as well as the two released songs from the movie have a very goofy and quirky touch, which proves to be a pleasing experience for the kids.
The adventure rom-com featuring Ranbir Kapoor and Katrina Kaif has generated huge anticipation among the masses with its intriguing trailer and captivating songs. 'Ullu ka patha' and 'Galti se mistake' are already chart busters with its foot tapping tunes and catchy lyrics.
Disney and Pictureshuru Production's Jagga Jasoos is directed by Anurag Basu and is set to release on 14th July 2017.
0 Likes

review
Review 'Bandish Bandits' Hits The Right Tunes With its Acting ...
27 minutes ago