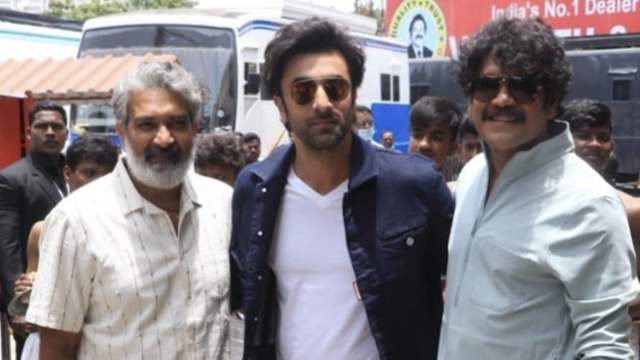 Brahmastra, starring Alia Bhatt and Ranbir Kapoor, is currently in full promotional gear as its release date approaches near. To promote Brahmastra in Tamil, the cast members Ranbir and Nagarjuna arrived in Chennai. SS Rajamouli, who is presenting the film in Tamil, Telugu, Malayalam and Kannada, joined Ranbir and Nagarjuna in Chennai on August 24.

While Ranbir Kapoor looked dapper as always in a casual look, a white tee paired up with a black shirt and trousers, whereas the South star aced the semi-formal look in blue. The RRR director is presenting the film in all South languages including Telugu, Tamil, Kannada, and Malayalam.

After a prolonged hiatus, Nagarjuna Akkineni is making a comeback in Hindi cinema. He will be portrayed as an archaeologist who leads a group of students on an expedition to an old temple close to the Ganges.

Fans are eagerly awaiting to witness the star cast and Ayan Mukerji's magic on the big screen. 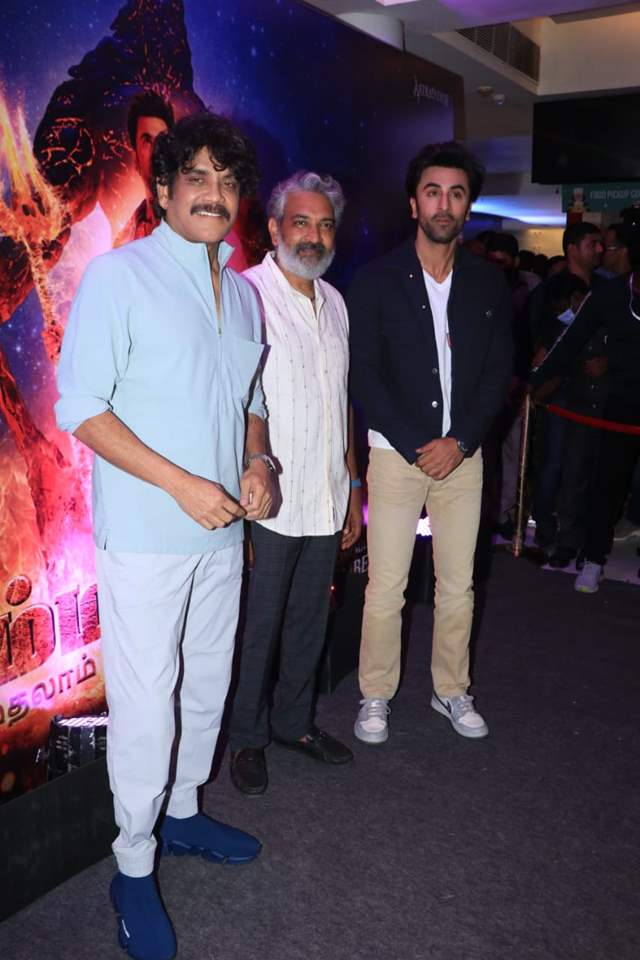 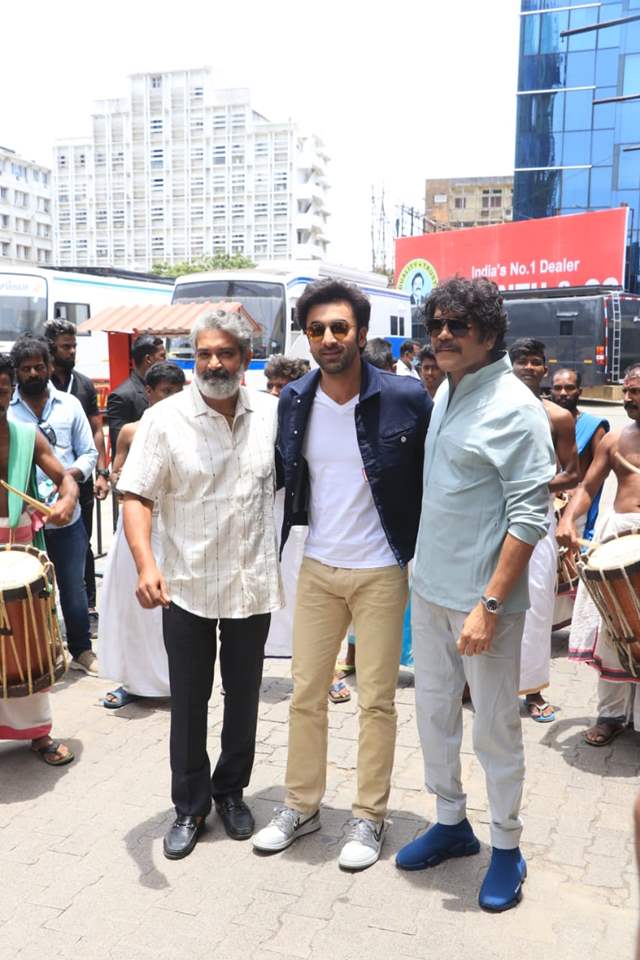 Brahmastra – Part One: Shiva is slated to release on September 9 in five Indian languages– Hindi, Tamil, Telugu, Malayalam, and Kannada in cinemas. It is directed by Ayan Mukerji. Filmmaker SS Rajamouli is presenting the film in all four languages. Chiranjeevi has lent his voice to the Telugu trailer of Brahmastra. The Ayan Mukerji film which was being made for over years now Brahmastra is one of the most-awaited films of 2022.