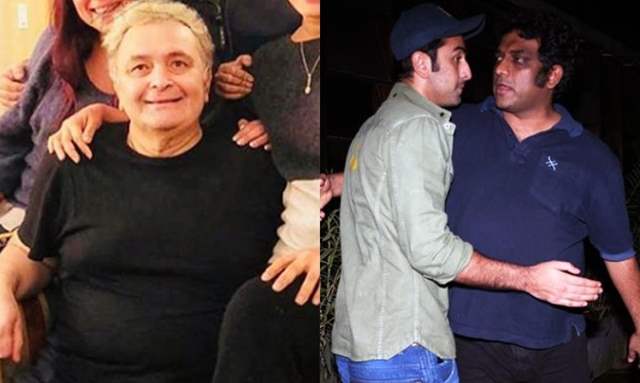 Actor Ranbir Kapoor collaborated with filmmaker Anurag Basu in films like Barfi! and Jagga Jasoos. As the director shares a dear bond with RK, Anurag reveals that he was among the first few to know about Ranbir’s father Rishi Kapoor’s illness.

In an interview with Mumbai Mirror, the director said that Ranbir confided in him when Rishi was diagnosed with leukaemia. “I was among the first few to know. We discussed what line of treatment he should take.”

Anurag was diagnosed with acute promyelocytic leukaemia - a type of blood cancer - in 2004, but battled it bravely and is now fully recovered. He reveals that he had shared his doctor’s contact for Rishi Kapoor’s treatment.

“I shared the number of my doctor with him and they spoke to him and told me what they had decided,” Basu added.

The filmmaker last met Rishi Kapoor on Ranbir Kapoor’s birthday in 2019. “Neetuji spoke about the treatment, Chintuji, like always, was in his element, trying to dig into cake. Since he was not allowed to have sweets, Neetuji tried to keep him away and this led to a fight between them. It was very cute,” he shared.

Rishi Kapoor left for heavenly abode on April 30 after battling with cancer for two long years. The actor’s loss has left his fans, family and friends in shock, who are still trying to cope up with the loss.

Rishi’s daughter Riddhima Kapoor Sahni had shared a heartfelt post on her late father’s one month death anniversary. Sharing a family picture, she wrote: “Say not in grief: ‘He is no more,’ but live in thankfulness that he was.”

Payal Ghosh To File Official Complaint Against Anurag ...
7 minutes ago