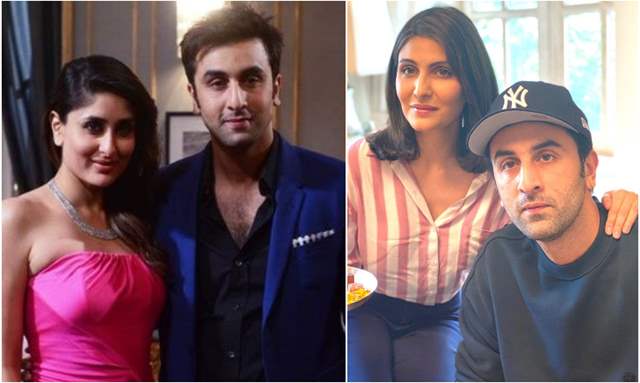 Ranbir Kapoor turns 38 today and the actor has been blessed with wishes from his family and friends. While fans have been pouring in wishes for Ranbir on social media, his beloved sisters have joined the bandwagon to share their wishes for their brother in the most special way.

Riddhima Kapoor Sahni took to her social media to wish her brother on his special day. Ranbir’s elder sister shared a collage that featured Alia Bhatt, Neetu Kapoor, Rishi Kapoor, Bharat Sahni and her daughter Samara. She also penned a sweet message for her baby brother. Her post read, “Happiest bday AWESOMENESS! Love you so much ?? #babybrother ?? #38andfab”

Meanwhile, actress Kareena Kapoor Khan is on a spree to complete the shoot for her upcoming film with Aamir Khan. The actress recently announced her second pregnancy and is currently in Delhi. Amid her shooting schedule, the actress dug out an old picture of Ranbir Kapoor and wished him on the occasion of his birthday. She also wished her aunt Rima Jain as well.

Sharing a throwback picture of aunt Rima followed by little Bebo and Ranbir can be seen striking a pose with the balloons, Kareena wrote: “Great minds, great people born on the same day...wah Happy Birthday Best Aunt and Best Bro ”

Meanwhile, on the work front, Ranbir will be seen with girlfriend Alia Bhatt, in Brahmastra. For the unversed, the two will be seen starring alongside each other for the first time. The film also stars Amitabh Bachchan in a pivotal role.

The team has reportedly started dubbing for the film amid the new normal. He also has ‘Shamshera’ which features Sanjay Dutt and Vaani Kapoor.