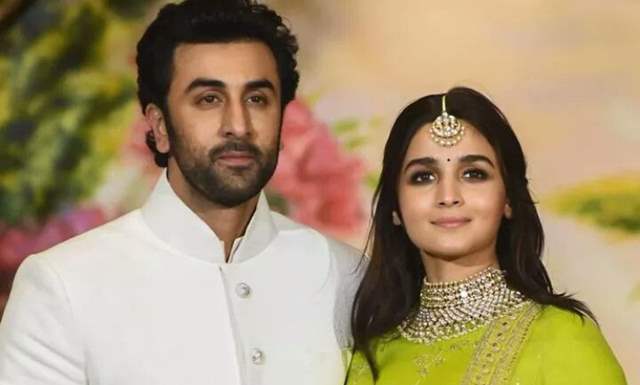 Ranbir Kapoor and Alia Bhatt are Bollywood’s favorite couple and the two have repeatedly set relationship goals. While their love affair continues to bloom amid quarantine, Their lovely camaraderie is a delight and fans cannot wait to see them tie the knot.

However, while the couple was rumored to get hitched later this year, coronavirus scare seems to be the biggest obstacle that has dampened the festivity. Amid the pandemic, it is also suspected that Rishi Kapoor’s sad demise might also lead to postponing their marriage.

An ETimes report quoted a source that suggested Ranbir Kapoor and Alia Bhatt have decided to take the plunge next year and skip 2020.

The report also mentioned that It is not just the pandemic, but even professional assignments are expected to keep the couple busy in the coming months, pushing the wedding to 2021.

If we are to go by the rumors, Alia had even approached Sabyasachi to design a lehenga for her wedding, and now that has been put on hold.

Alia has been an important part of the Kapoor family and she has stood strong for the family even after Rishi Kapoor passed away in April this year. She also visited him at New York during his treatment and she has also attended all Kapoor family get-togethers, be it the annual Christmas lunch, Neetu Kapoor’s intimate birthday get-together, or Kapoor Khandaan’s elaborate Raksha Bandhan celebration.

Previously, rumors started doing the rounds that Ranbir and Alia have started living together after a video of them went viral.

On the work front, Alia Bhatt continues to work for her Telugu debut with SS Rajamouli’s upcoming magnum opus RRR which stars Jr. NTR and Ram Charan in lead roles.

Meanwhile, Ranbir Kapoor and Alia Bhatt have been preparing for the release of Ayan Mukerji’s fantasy drama Brahmastra, which also happens to be their first film together, and is all set to hit the theaters on December 4, 2020.