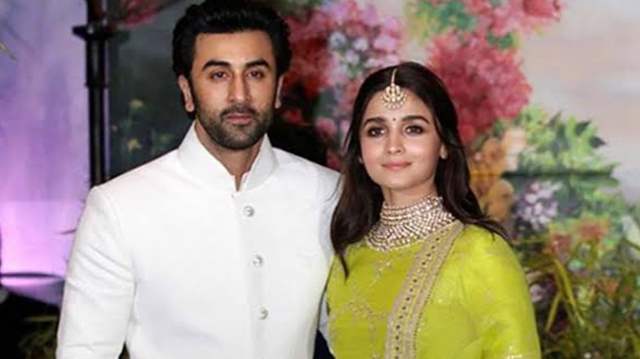 One of the most awaited weddings of Bollywood is of Alia Bhatt and Ranbir Kapoor.

Fans have been waiting for their wedding for a long time. But it seems, now their wait is about to end.

The couple was recently spotted in Jodhpur and after their pictures surfaced online, it is being discussed that both have gone to see the venue for their wedding.

There is buzz on social media that the two are going to reunite soon because the pictures of both are going viral in which Alia-Ranbir are seen together.

Users are making many speculations on the picture going viral on social media.

Some say that both have come to see their wedding venue.

One user wrote that - Now it has become official, while many people have even congratulated him.

Actually the couple has gone to celebrate Ranbir's birthday.

Because on 28 September, Ranbir Kapoor will celebrate his 39th birthday. The couple will stay in an exotic resort and also enjoy wildlife from there.

Although the news about marriage has not been confirmed yet

Jodhpur is the dream wedding place for film stars.

While here, Ranbir Kapoor wore trousers with a brown loose T-shirt, while Alia was seen wearing jeans with a green white print jacket. He had also put on a mask keeping in mind the safety measures.

Ranbir and Alia will soon be seen in Ayan Mukerji’s ‘Brahmastra’.

Apart from this, Ranbir has ‘Shamshera’ and ‘Animal’ in the pipeline.

2 months ago Why Jodhpur? Seems quite low according to their standards. Why not the Bahamas or the Ozarks?