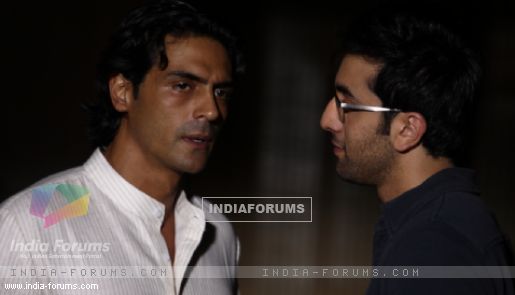 Actor Arjun Rampal has quashed reports claiming a tiff between him and his co-star Ranbir Kapoor during the shoot of "Roy". He said they are good friends and there is no animosity between them.

On being asked about the tiff, Arjun said: "Ranbir and I are very good friends. There has never been any sort of problem between us."

"I hope that there will be no problem between us in future as well," added Arjun who played Ranbir's elder brother in successful political drama "Raajneeti".

The 41-year-old was present at the poster launch of his movie "Daddy" here.

Reportedly, Arjun, who has shot for some of his portions in "Roy", had to wait for the next schedule because Ranbir was unavailable for the shoot, hence, the delay.

Besides, it was also being said that initially Ranbir was to do just a cameo in "Roy", but later the length of his role was increased.

The current schedule of director Vicky Singh's "Roy" is being shot in Malaysia.