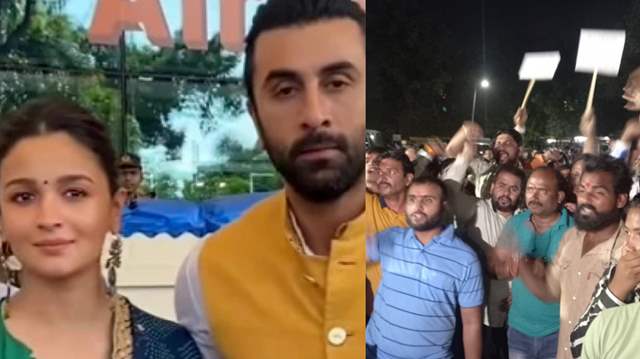 Brahmastra is all set to release on 9th September and all eyes are on this Ranbir and Alia starrer. Director Ayan Mukerji has been invested in the project for around a decade and this is only the first part of the trilogy. It is not just the most ambitious film ever filmed in India, but it also cost the most to produce.

The film is being released on the most screens for a Hindi film—around 8000. As the movie sets to be released in just over two days, advance bookings are in full swing and tickets are selling in full swing.

Ranbir Kapoor, Alia Bhatt, and Ayan Mukerji left for Ujjain yesterday morning to offer their prayers at the great Mahakaleshwar Temple. Well, they had no idea that they would be greeted by protesters who were determined to prevent the publication of their mythological epic.

With black flags in hand, the protesters made a scene as they approached the Mahakaleshwar temple.  Luckily the cops took command and stabilized the circumstance. Hence only Ayan Mukerji was able to enter the temple as per reports. 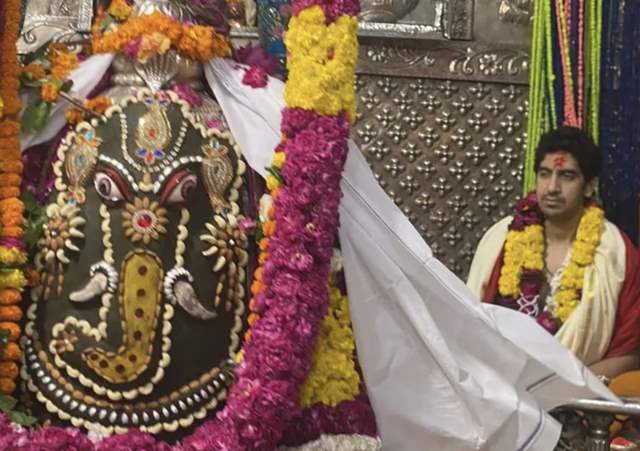 Brahmastra Part 1: Shiva releases on 9th September all across the world, although there will be Thursday night previews before that in select centers outside India. This ambitious film directed by Ayan Mukerji stars Ranbir Kapoor, Alia Bhatt, Amitabh Bachchan, Nagarjuna Akkineni, Mouni Roy, and a special appearance by Shah Rukh Khan. The makers of Brahmastra gathered yesterday to watch the final draft of the film in the suburbs of Mumbai.