By making a film like 'Dongala Muta', maverick director Ram Gopal Varma has achieved two things. The first is he has made a film which he claims has cost him just Rs.6.5 lakh -the artists and technicians of the film will be sharing the profits, but it looks that they may have to settle for less looking at the cold reception on day one of the film. The second achievement is he has been able to get a very weak and uninspiring performance from lead actor Ravi Teja, who is known for energy filled performances on screen.

The fact that the film has been made in just 4.5 days of shoot and on 5 Canon D 3 still cameras has not helped, but maybe add to its publicity value. If at all Varma had to prove that he is serious in making a film with inexpensive but result-oriented technical equipments, he should have made it with a passion that was seen when he made films like 'Shiva', 'Kshana Kshanam' and 'Sathya'. But 'Dongala Mata' is just an amateurish attempt and an effort to fool unsuspecting audiences who watch films on the basis of star value and big names.

'Dongala Muta' may well be Ram Gopal Varma's worst venture in Telugu like his 'Aag' in Bollywood. The film does not boast of any credible story nor is there an iota of seriousness. Varma and his two proteges - well-known directors like Puri Jagannadh and Harish Shankar - have not taken any effort to prepare a script. Even the so-called horror, thrill or comedy elements fail to make any impact. The film ends up as a hotpotch of badly written sequences.

Too many characters enter the second half which leads to confusion. Monotonous dialogues and expressions further dampen the audiences' curiosity.

The newly-married couple Sudhir and Rani are lost in a forest area while they are on their honeymoon trip as their car breaks down.

They want to find a mechanic for repairing their car, but go to a resort where they come across a manager, a receptionist and a worker. Mysterious things happen in the resort which threatens the couple. Meanwhile, they are also told that a ghost has been living in a neighbouring room. Sudhir and Rani want to escape from the resort, but then comes the twist in the tale.

Ravi Teja fans who are used to see his spirited and powerhorse performances will be disappointed to see such listless acting from their favourite hero. Even Ravi Teja might have agreed to do the film mainly because he had at one time assisted RGV in the direction department. Charmmee has been shown in various angles in the film but most of the shots captured in still camera focus on her rear. Prakash Raj, Manchu Lakshmi and Brahmanandam have brief roles, while Sunil, Sudhakar and Brahmaji who play the role of three thieves in the resort utter the same dialogues on the screen.

The film has been shot on state-of-the-art still camera, but the results are as good as obtained from a normal camera. This is the plus point of the film. The music is just average.

'Dongala Mata' is a below average film which boasts of some big artists and using some new technical equipment to cut production costs. Other than this, there is nothing to write about this RGV film. 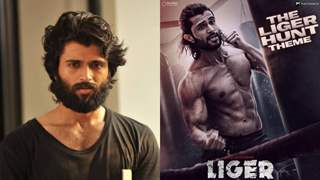