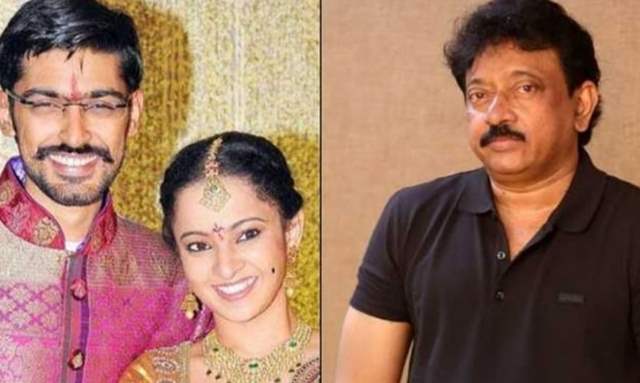 Filmmaker Ram Gopal Varma’s daughter Revathi turned mommy to a beautiful baby girl on Sunday, February 9, 2020. It is indeed a very happy moment for the family, and many congratulatory messages have been pouring in from friends, fans, and well-wishers from all over the globe.

Baahubali director SS Rajamouli is one of the first celebrities who took to social media to congratulate Ram Gopal Varma on this special day. However, he had a rather funny response and asked him if he prefers Ramu tata, Ramu Nanna or Grandpa Ramu.

"Congratulations Ramu thaatayya garu... Wishing your granddaughter will be the person who will finally rein you in... btw what do you prefer Ramu tata Ramu Nanna or Grandpa Ramu...@RGVzoomin” SS Rajamouli wrote on Twitter.

Ram Gopal Varma's daughter Revathi tied the knot with Pranav, a doctor, in 2013, in a low-key wedding at Hyderabad attended by close friends and family members. Congratulations to the couple on their first baby!

Meanwhile, on the work front, filmmaker Ram Gopal Varma had announced his acting debut in a Hindi-Telugu bilingual thriller titled Cobra. The film will be based on a notorious criminal and RGV will be seen playing the role of an intelligence officer.

Ram Gopal Varma Gets Slammed By Sona Mohapatra For His Sexist Tweet On ...