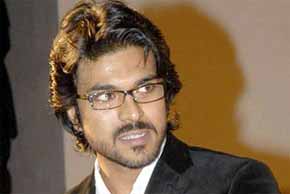 "The story is about Ram's struggle to fulfill his father's ambition. He has worked with sincerity since this film demands that he carry an aura totally different from the rest of his films. Kajal and Amala have a good mix of glamour and varied emotions in their roles and they have carried it of well," he added.

Some songs of the film, which has music by S.S Thaman, have been shot in exotic locales in Slovenia.

Meanwhile, Ram is currently shooting for Apporva Lakhia's Hindi-Telugu bilingual "Zanjeer", a remake of megastar Amitabh Bachchan's film of the same name. Priyanka Chopra is cast opposite him in the film.