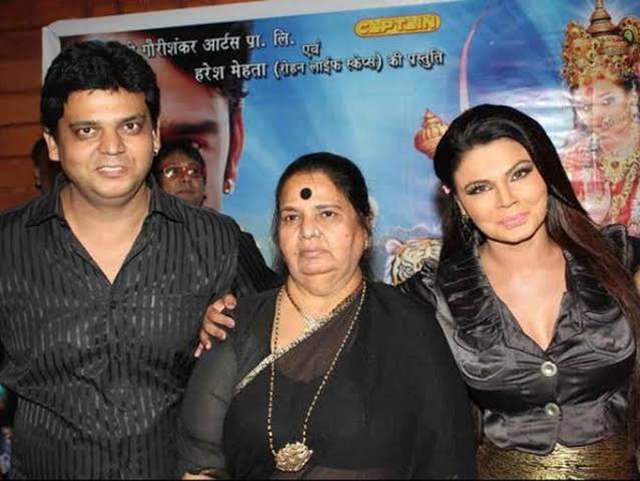 Actor Rakhi Sawant may be struggling with the idea of her mother fighting cancer but she took some time off recently and threw in a Bigg Boss reunion bash for her mates from the show and had some fun. But it seemed like the fun was short-lived as recently it was reported that an FIR was lodged against Sawant.

Reportedly, a complaint has been lodged with the police in Delhi against Rakhi and her brother, along with a person named Raj Khatri for an alleged fraud. According to reports, Shailesh Srivastava, a retired bank employee, had met Sawant's brother, Rakesh, through his friend Raj to start a business. The two decided to produce a film based on Baba Gurmeet Ram Rahim's life. They also planned to open a dance institute in Vikaspuri. As per the complaint, Rakesh assured Shailesh that Sawant is going to be a part of the institute and he (Rakesh) and Raj took Rs 6 lakh from Shailesh and gave him a post-dated cheque of Rs 7 lakh, which later bounced because of wrong signatures.

While Sawant is yet to respond to it, in an interview with ETimes TV, brother Rakesh said, "This matter is between me and my partner, Raj Khatri with whom I had opened an acting institute in Delhi under partnership when my mother fell seriously ill and I had to come to Mumbai for her treatment for a month. Later, when I went back, my partner had cheated me and all my belongings, including a cheque book, were missing from the office we had opened together. In fact, I had also filed two FIRs, one in Delhi and one in Mumbai for the missing cheque books. And if you read carefully, the case is of wrong signature on the cheque. I have enough proof to prove this wrong." claims Rakesh, adding, "And coming back to my sister Rakhi, she has nothing to do with this case. She in fact has no knowledge of the deal. Her name has been dragged into this controversy for no fault of hers."