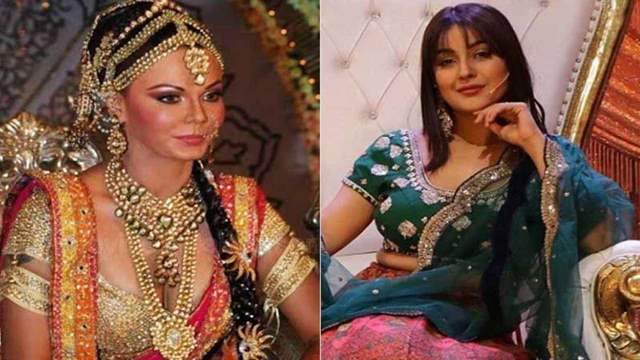 Rakhi Sawant was quiet all this while after Shehnaz Gill's father Santokh Singh made an unrequired comment about the actress saying, "Instead of building an image of Sana that is close to Katrina Kaif, they are trying to build an image of hers like Rakhi Sawant’s".

The actress said "Santokh Singh,  let me tell your daughter Shehnaz is following in my footsteps.  She is the Rakhi Sawant of Punjab.  How can you equate her to Katrina Kaif?  She just can't be Katrina."

She also added, "Also, you need to take my name with respect. I have worked very hard to reach wherever I have. I have done films for Priyadarshan,  Yash Raj, Rakesh Roshan, and many other reputed producers. I have never been backed by parents like Shehnaz. And, by the way, you are trying to eat through Shehnaz's earnings."

Santok Singh's comment clearly upset the actress and she finally decided to speak for herself.

What are your views on these statements?

Let us know below.

After Sidharth Shukla, Shehnaaz Gill's fan gifts her a 'Star'

d127 5 months ago I think her father needs to realise that building one's image is in their own hands... Shehnaz is Shehnaz because of her own self, what she was on the show... What does he mean "they" are building? That apart, Rakhi Sawant has become a punching bag - a name equivalent to derogatory... And that is very sad! She is right in every way to say she has worked hard to fend for herself. She hasnt had the backing of a Salman Khan like a Kaif did!

Bharathi_gurti 5 months ago 🤣👍👍😋😋🙊🏃‍♂️..lols,making one self a joke is what shenaaz is doing! Cant she wait for better opportunities or just walk away with no.chance but some respect..

exclusive
Exclusive Daya Shanker Pandey on What Excites Him Even After Two ...
53 minutes ago

Mohit Sehgal To Play Lead in 'Naagin 5'?
9 hours ago