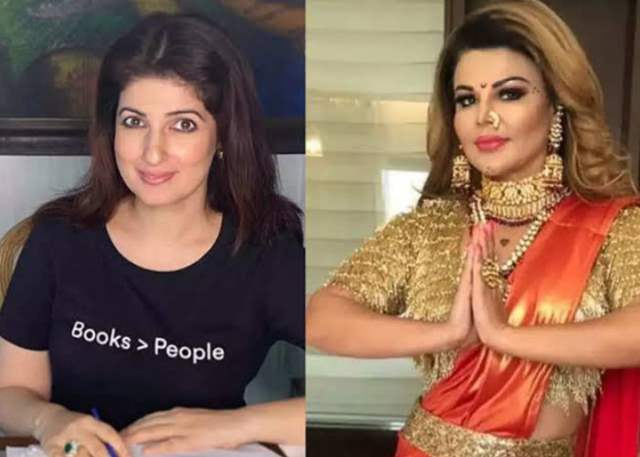 Rakhi Sawant remains in the discussion every day for her bindass and bold style.

At the same time, the struggle of years is also clearly visible behind her smile, about which she has been seen talking in many interviews.

Recently, actress and writer Twinkle Khanna praised Rakhi in a post of her own digital platform 'tweakindia' which Rakhi herself became emotional after reading.

The post was summed up under the headline ' Rakhi Sawant is everything I could never be, and I love her for it' .

The way Rakhi Sawant had to face constant public taunts for many years, I would have dug a pit for myself and lived like a meerkat in it for the rest of my life. But you can't be ashamed when you indulge yourself in that joke. As much as we may laugh at her she may laugh too. All the way to the bank, to lifting her family out of poverty and making a place for yourself in a competitive industry.

After reading the post, Rakhi thanked Twinkle and also shared a screenshot of her comment on it.

She wrote thank you with folded hands in the caption and shared a heartfelt note saying,

Thank you so much Twinkle, it is really a big thing for me that you took the time to write for me. I have always been a One Woman Army and fought for what I believe in. I was laughed at, abused, trolled however I still stood strong.

She further added that it takes an iron heart to be Rakhi Sawant.

Rakhi Sawant is a phenomenal artist and a great human being: Salman ...