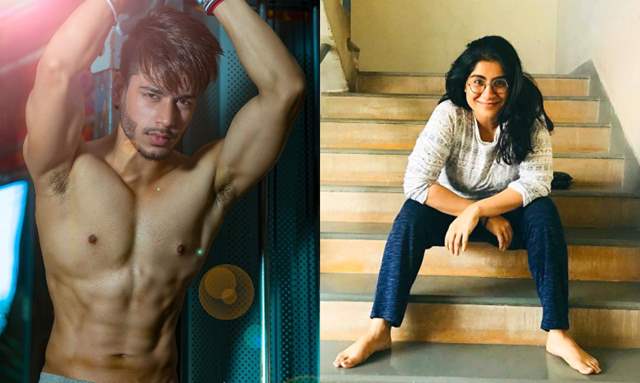 ALT Balaji is in the process of creating several web-series with varied storylines and concepts. One such upcoming series by the OTT platform was Divyanka Tripathi Dahiya and Rajeev Khandelwal starrer Coldd Lassi aur Chicken Masala. The series is a love story between two chefs.

Now, from what we hear, Udaan fame, Rajveer Dey and Dev DD fame, Srishti Wadhwani have been roped in to play important parts in the series.

The channel has many series in the pipeline including Mentalhood and M.O.M ( Mission Over Mars).

Coldd Lassi aur Chicken Masala is currently in the production phase and the actors are completing their shoot.

Jiya Shankar roped in to play the new lead in the second season of ...

Ruhi.007 1 years ago All the best to Divyanka... Hope to see you in something new and fresh

A HUGE FAN 1 years ago All the best to you Divyanka Tripathi.

Director Mayank Sharma reveals what went behind the making ...
4 hours ago

Interesting Fact about Prabhas Comes to Light! He is the ...
5 hours ago
View More
TOP