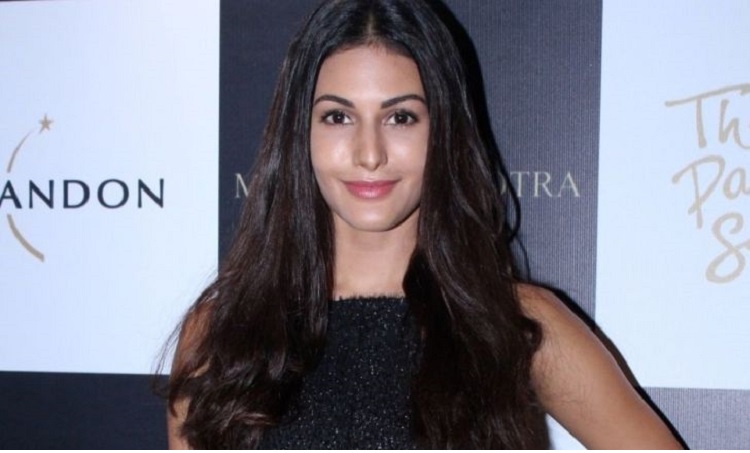 Actress Amyra Dastur, for whom working in "Rajma Chawal" has been a learning experience, says her Hindi abusive dictionary has definitely widened.

Amyra's look in the Leena Yadav directorial is inspired by Rooney Mara from "The Girl with the Dragon Tattoo".

Before Amyra began shooting for the film, the makers wanted her to do a few workshops to unlearn how she prepped for her other films. The first thing they made her do was to unlearn the Mumbai diction and pick up how a Meerut girl settled in Delhi would talk.

She then worked on her dialogue delivery skills and intonation, followed by body language.

Actor Adil Hussain taught Amyra the right body language, Veena Mehta helped her with the dialogues and diction and N.K. Sharma worked with her on improvisational theatre.

Amyra, who was seen in "Kaalakandi", said in a statement: "N.K. sir is definitely a unique teacher. I had to walk around the room for 3 hours until I learned how to count in Hindi till 100. I absolutely adore the man. He would yell and scream at me whenever I got scene correct. In other words, to tell me that I could've done it correctly the first time instead of the second or third.

"My Hindi abusive dictionary has definitely widened thanks to him. He is someone I consider very special to me."

On Adil, the actress said he is "absolute sweetheart".

"I never felt like I was in a workshop. He would even come on set just to check in and see if all was going well. Veenaji still helps me with my diction. She screams at anyone who dares make fun of my Hindi. Only she is allowed to make fun of me. She accompanied me to the 'Rajma Chawal' dub as well and is very protective with me, which makes me feel special," she added.

Apart from "Rajma Chawal", Amyra will also be seen in "Prasthaanam" and "Mental Hai Kya".