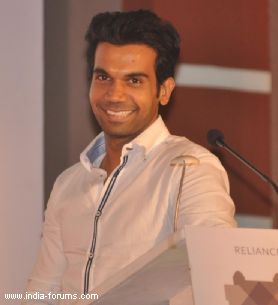 If you talk about getting into the skin of a film's character, you can't miss what Rajkummar Rao did for his forthcoming film "Citylights". He actually posed as a menial worker and went from door to door trying to look for a job for a scene in the movie.

For Hansal Mehta's film, Rajkummar posed as a commoner to witness the struggle of a commoner in the dream city of Mumbai.

A source says that when Rajkummar acted as a menial worker and looked around for work, the footage of the happenings was captured with cameras placed far away. These scenes add a touch of reality to the film too.

The source said: "Rajkummar went looking for a job near Santa Cruz station and asked if he could get some work there but everyone said no and later he landed up at a construction site nearby.

"The contractor offered him work at a wage of Rs. 100 a day and he agreed to work. Rajkummar actually slogged and worked hard to earn that Rs. 100 note, and this scene will be seen even in the film.

"Citylights" will release May 30.